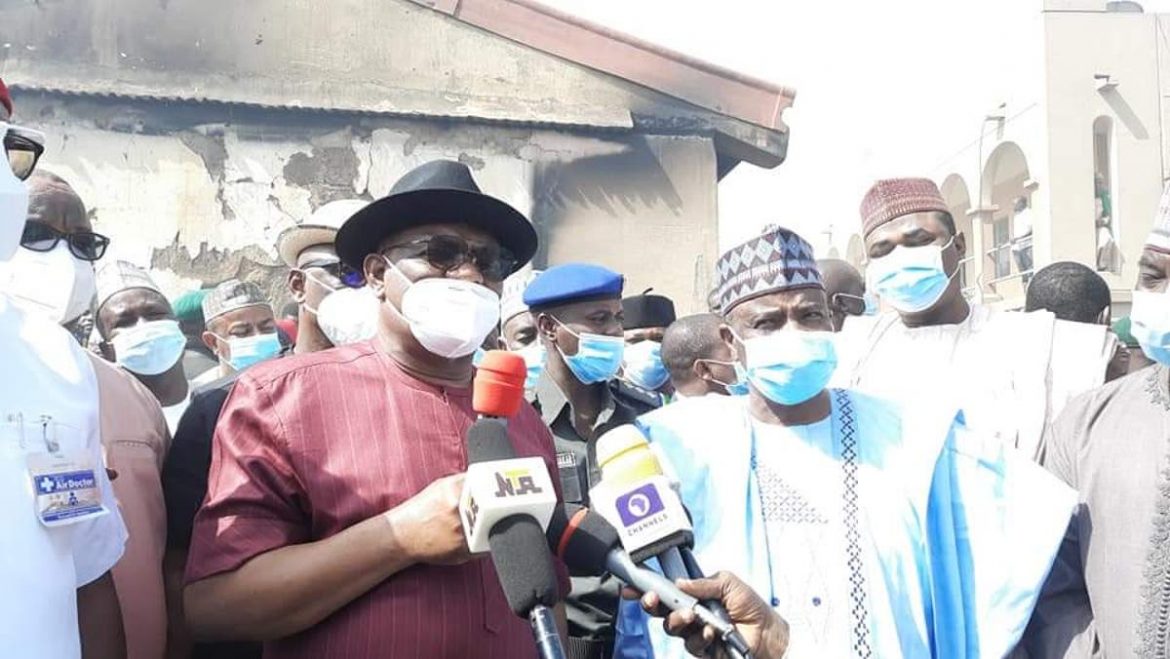 Part of the money, according to Governor Nyesom Wike of Rivers State, who made the pledge, is also intended to support the victims of the inferno.

Wike who visited the scene of the disaster today, said he was shocked and disturbed when he heard the news of the fire disaster.

According to a statement signed and made available to journalists in Sokoto by the special Adviser on Media and publicity, Governor Wike affirms that whatever affects Sokoto State also concerns peoples of Rivers.

He further mentioned that his administration would do all it takes to ensure that, the affected market is reconstructed and becomes functional.

In his remarks while conducting Governor Wike and his entourage round the scene of the disaster Governor Aminu Waziri Tambuwal explained that, the market has 16,000 shops out of which “at least 60 per cent were affected by the fire.”

He said when the fire broke out the entire state government apparatus and some from the federal government establishment were mobilized to control it.

After inspecting the scene, Governor Wike and his entourage also paid a courtesy visit to the Sultan of Sokoto, Muhammad Sa’ad Abubakar at his palace.

During the courtesy visit to the Sultan, Governor Wike condoled the state Government, the Sultanate Council and the entire people of Sokoto State over the death of late Commissioner for Home Affairs, Honourable Abdulkadir Jeli Abubakar III, a junior brother to the Sultan.

In his response, the Sultan noted the age long relationship between Sokoto and people of Rivers, he expressed gratitude to Governor Wike for his visit and support to the Sokoto state.

He commended the host Governor, Gov. Tambuwal for his prudent management of the state’s resources, a performance which fetched a World Bank grant under the State Fiscal Transparency, Accountability and Sustainability (SFTAS) program.

Turning to Governor Wike, the Sultan said he is also an excellent achiever who is still executing superb projects which has earned him the title of “Mr Project” in Rivers.