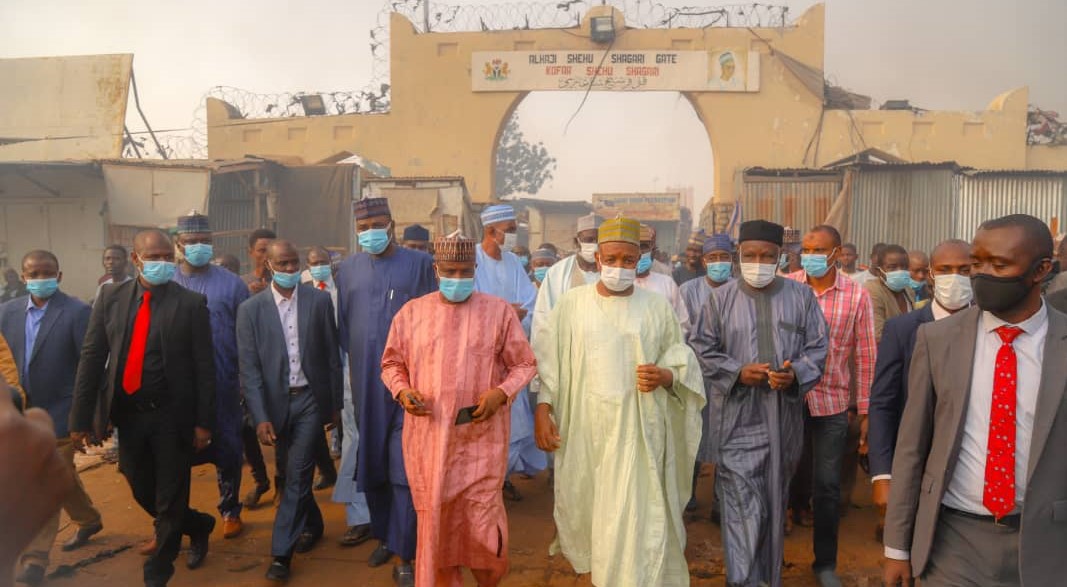 The donation was announced by the governor when he paid a sympathy visit to his Sokoto State counterpart, Alhaji Aminu Waziri Tambuwal at Government House, Sokoto.

Governor Bagudu said he was deeply touched on receiving the sad news of the inferno which raged for several hours.

He regretted that, the inferno had destroyed assorted properties, believed to be worth billions of naira, although he was elated that, there was no life lost.

Adding that “The people and Government of Kebbi State are Indeed saddened by this sad development.

“We are however praying to the Almighty Allah to replenish whatever might have been lost to the unfortunate disaster and prevent future reoccurrence.

“We are with you always, in happiness or sadness and this money is aimed at alleviating the suffering of the victims, affected by the inferno.”

Responding, Governor Aminu waziri Tambuwal lauded the invaluable and unprecedented maiden gesture to the victims, coming just few hours after the fire disaster was put out.

He said people and Government of Sokoto State lacked words to express gratitude to Bagudu, even as he prayed the Almighty Allah to reward him abundantly.

He lamented that, the sad development came at a time when things were a bit tight, not only in Sokoto State, but in Nigeria and the world.

Tambuwal further remarked that, the incredible gesture of Bagudu showed that, Sokoto, Kebbi and Zamfara States were still one and the same people.

He acknowledged the efforts of the State and Federal fire Services, the Air Force, Military, Police, Nigeria and Security Civil Defence Corps and other agencies, in helping to quench the blaze.