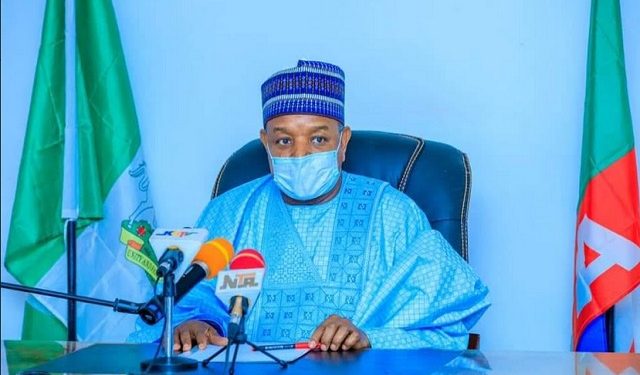 He is the first high profile personality to sympathize with his Sokoto State counterpart over the fire incident.

Sen Bagudu said his visit to Governor Aminu Waziri Tambuwal of Sokoto State was to commiserate with the Government and people of Sokoto State, stressing that whatever happens to the state concerns him and his people

Responding, Governor Tambuwal thanked his counterpart, saying the donation is a testimony of the cordial relationship and brotherhood between Sokoto and Kebbi States.

He disclosed that, so far, no life has been lost as a result of the fire, Gov. Tambuwal said fire fighting vehicles belonging to both the state and the federal government as well as the Sultan Abubakar III International Airport, Sokoto were at the scene of the inferno to control the situation.

Expressing appreciation to security agents in the state for their support towards controlling the situation, Gov. Tambuwal prayed to Allah to abundantly reward Gov. Bagudu and the people of his state, just as he led him and his entourage to the scene of the disaster, where Bagudu also condoled the victims.