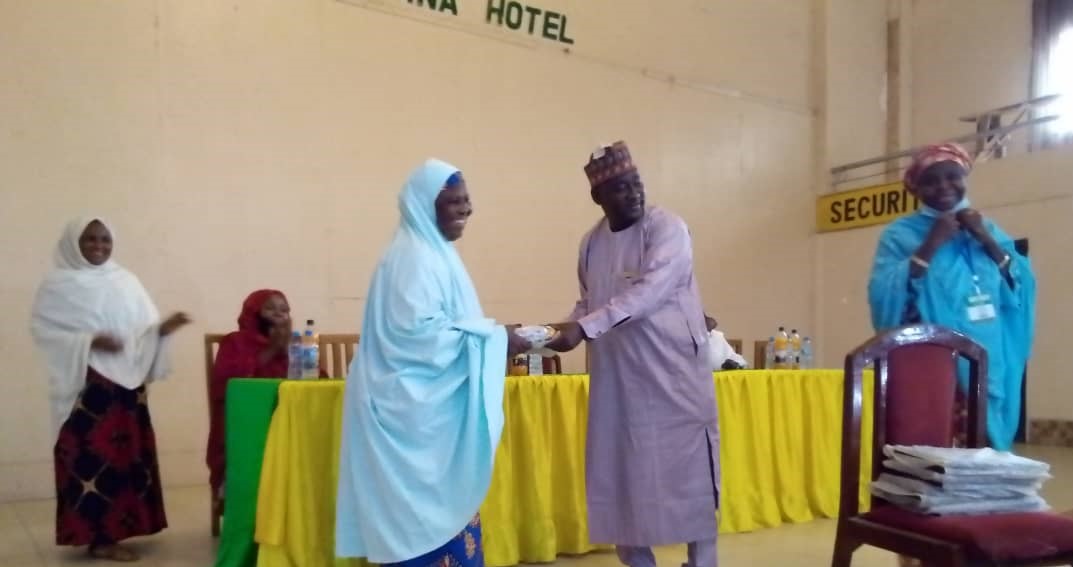 Kano State Primary Health Care Management Board (SPHCMB) has reiterated its commitment in boosting the moral of members of staff.

The Executive Secretary, Dr Tijjani Hussain made this known at an Award presenting ceremony for the retiring members of the State Maternal and Child Health officers Coordinators Forum at Royal Tropicana Hotel, Kano.

Dr Tijjani Hussain who was represented by the Director Family Health, Dr Aminu Sudawa described the retiring members as those who contributed greatly for the upliftment of the Board to its present status.

He commended them for their sacrifice and commitment and enjoyed other members of staff to emulate their gesture going forward.

Earlier in her remarks, the chairperson of the forum Hajiya Jummai Bello said the presentation of the Award to the retiring members was done based on their contribution towards ensuring the successful implementation of Maternal and Child Healthcare at the grassroot under all the primary healthcare facilities in the State.

She assured other members of the forum to redouble their efforts in the discharge of their duties at their various field of assignment.

Responding on behalf of the awardees Hajiya Lami Garba who is also the first forum chairperson thanked the Forum for the gesture and assured of their continued contribution.