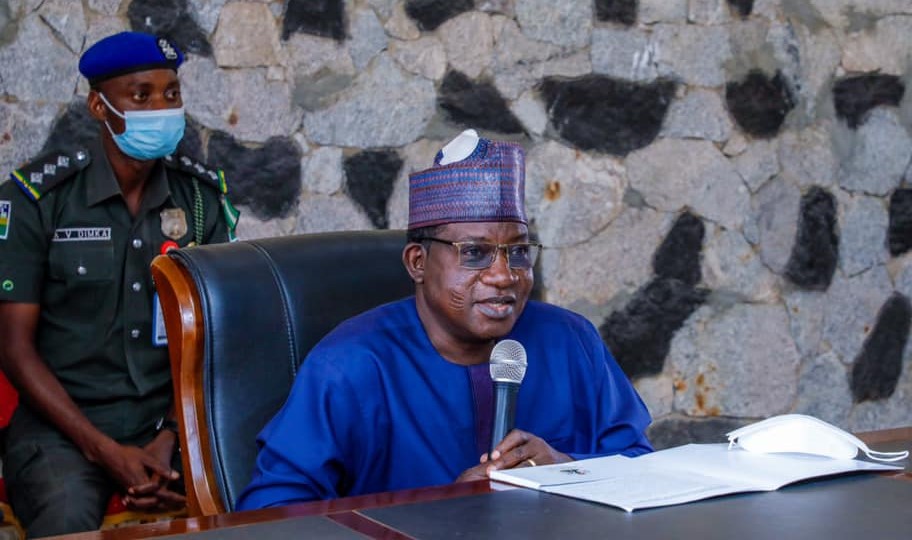 Plateau State Governor, Simon Bako Lalong has asked members of the Academic Staff Union of Universities (ASUU), Plateau State University Chapter, to rescind its decision to embark on strike as the Government is working to address their grievances.

Lalong who is Visitor to the University stated this on Monday 18th January 2021 when he visited the University to inspect various projects being implemented at the school.

Lalong said the University which has been closed following the COVID-19 pandemic was ready to re-open before the threat of strike by the local chapter of ASUU.

According to the statement, some of the projects have been completed and handed over while others are at various stages of completion.

The Governor who expressed satisfaction with the speed and quality of the projects debunked the insinuation that the projects were all implemented by Tetfund with the State Government not doing anything.

He said “it is very unfortunate for people to play politics with everything including education. How can you say that the proprietor of a University has no projects in it? I was part of the founding of this institution when I was Speaker.

People will remember that when I came into office, the University was shut down. We did everything possible to reopen it and today, it has blossomed and is fast growing. It is therefore very sad and untrue for this insinuation to come from people who should know better. This is nothing but pure mischief”.

Lalong said apart from investing huge sums of money to develop infrastructure in the University, his administration remains grateful to President Buhari who through Tetfund has also intervened by approving other projects that are very critical to the development of the school.

The State he said has been greatly favoured to benefit from the number of projects being carried out because it met the criteria for drawing from the fund.

Adding that funds from Tetfund are monies belonging to all States which have been pooled through sources allowed by the law for the benefit of the educational system and as such it was within the right of the Plateau State University to benefit.

Governor Lalong also assured that the new Governing Council of the University will soon be announced even as he appealed to the lecturers to call of their strike in the interest of students and their parents who have suffered the long closure of schools.

He challenged the University management, staff and students to do everything possible to make the environment compliant to COVID-19 protocols as the perpetual closure of the school will not augur well for the development of the State.

Vice Chancellor of the University Prof. Yohanna D. Izam who took the Visitor round the projects appreciated the efforts of the Lalong administration in reviving the institution which he said has accredited many courses and established three new faculties with many students successfully graduating.

He said some of the landmark projects and achievements of the University could not be unveiled during the last convocation which could not take place physically beacause of Covid-19.