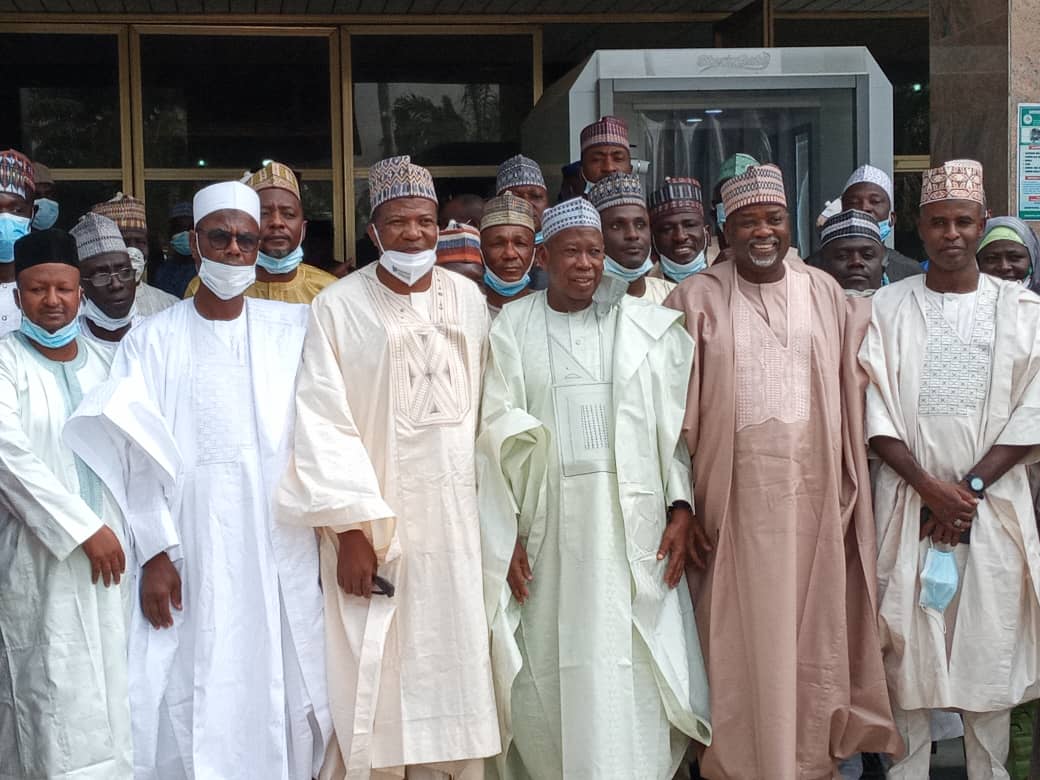 The Chief Press Secretary to the governor, Abba Abbas said Ganduje promised to give maximum support to any moves directed at repositioning Micro, Small and Medium Enterprises (MSMEs) to thrive, despite challenges posed by economic recession plaguing the country and COVID-19.

He said the dialogue was organized by the Small and Medium Enterprises Development Agency (SMEDAN), as an effort to create a platform “…to bring together key stakeholders in the Nigerian MSME ecosystem to discuss factors and policies that impact Nigerian micro, small and medium enterprises,” to take correct position for the overall development of the nation.

“This sensitisation is a motivation factor. Which is capable of making our MSMEs redouble their effort. So that you can move from small and medium enterprises to mega industries. So also from micro to macro enterprise,” he said.

According to the statement, the governor described them as the foundation for businesses of mega industries, adding that “Any building without foundation is bound to collapse.”

Adding that, the state comes up with Business Clinic where people are guided about their businesses. The guidance is meant to strengthen the economic fortunes of such businesses.

In his remarks, the Director General of SMEDAN, Dr Dikko Umaru Radda, who was represented said, “The Micro, Small and Medium Enterprises sector is considered as the engine of socio-economic transformation globally.

The sector can generate more jobs than any other sector, create wealth and reduce the prevalence of poverty if properly harnessed and coordinated.”

He further explained that, “”It would stimulate and trigger widespread economic growth and development, improve per capita income and step up capacity utilisation in key industries.”

The dialogue, as he sheds light, looks at “The challenges confronting MSME development in Nigeria, ways to leverage on public-private partnership for synergy towards MSME development, to chart new working relationship between the MSME Support Organisations and the Business Membership Organisations.

To enhance the effectiveness of the federal and other government MSME Support Organisations for better service delivery, to sensitize the MSMEs on the take-off of the African Continental Free Trade Agreement.”