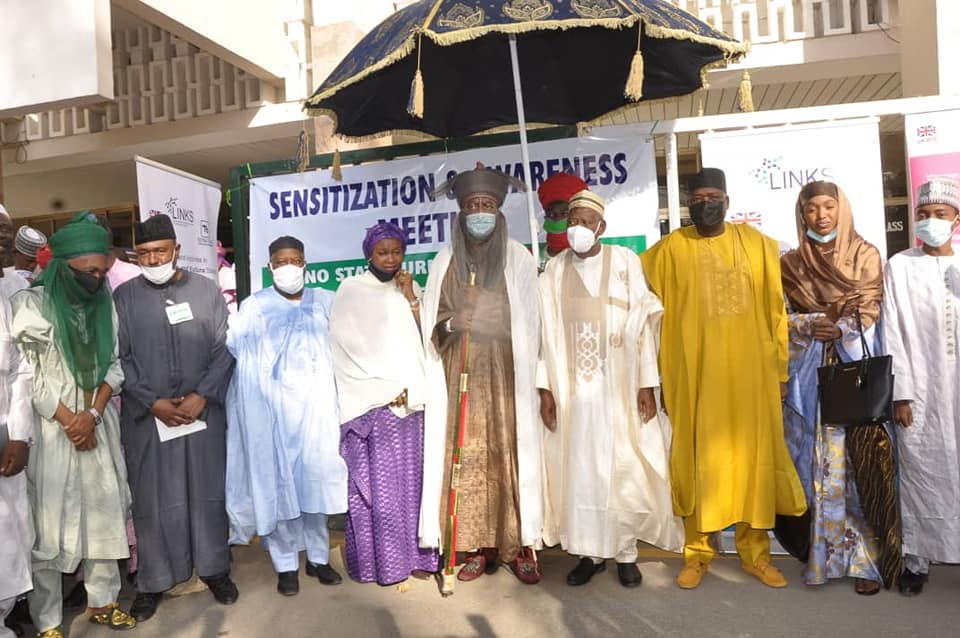 Governor Abdullahi Umar Ganduje of Kano state suggested that, the Ajaokuta-Kaduna-Kano Gas project should start from Kano end, so that it goes to Kaduna axis, not from the other end only.

The Governor made the disclosure at the Kano State Turnaround Project Sensitization meeting, held at Africa House, Government House, Kano, Monday, insisting that, it was through that mode of executing the project that Kano would re-appreciate the good move.

The Turnaround stakeholders meeting was conceived with the objective to sensitize and facilitate the turnaround objective of various companies that have been affected by the COVID-19 pandemic. That caused significant damage to the economic growth of the state, the nation and the world.

“We want this Ajaokuta-Kaduna-Kano gas project to start from Kano towards Kaduna. Then let another leg come from Ajaokuta towards Kaduna axis, also. We then meet at the middle of it all,” he said.

Believing that, the gas project would mean more serious development to the state, where industries would bounce back, with non-stop operations.

Adding that, “With this, we can be sure of achieving many feats. Because with gas, our industries would be producing at a cheaper rate unlike using electricity.”

On the importance of the meeting, governor Ganduje appreciated that, “History has been made, where we succeeded in bringing together stakeholders in the industrial sector. Not only industrialists, but also other bodies like Central Bank of Nigeria (CBN), Kano Investment (KANINVEST) among others.”

He promised to support the move to rejuvenate industries in the state. Emphasising that all hands must be on deck to achieve that effectively and efficiently.

Emphasising that, “I am extremely happy that we all gathered here to discuss these issues. It is under this, that weaknesses from all parts of the stakeholders would be unearth and dealt with.”

In her remarks the Regional Head of Foreign, Commonwealth and Development Office (FCDO) of United Kingdom, Nafisa Ado, said “As you are aware Sir, Kano is one of the FCDO’s key focal places in Nigeria.

And thus, it is not just a coincidence that through our LINKS programme, we are supporting a project targeted at rejuvenating Kano to come back to be the hub of industrial activity that is known for.”

“This Turnaround project is a revival measure for overcoming the challenges of industrial sickness by converting loss-making industrial units to a profitable making,” she noted.

While asking the governor to support “…continuous synergy between the Kano state government, the Manufacturers Association of Nigeria and FCDO, because the success of Turnaround project heavily depends upon the commitment of the top-level managements of these partners,” she acknowledged how supportive is governor Ganduje on boosting industries in the state.

She further hinted that, “I want especially extend our appreciation to His Excellency, Dr Abdullahi Umar Ganduje, KANINVEST and the President of Manufacturers Association of Nigeria, Engineer Mansur Ahmed, for organising this meeting on the Kano State Turnaround Project, in collaboration with LINKS/FCDO.”

Kebbi Expended Over N2b on Reconstruction of Burnt Market