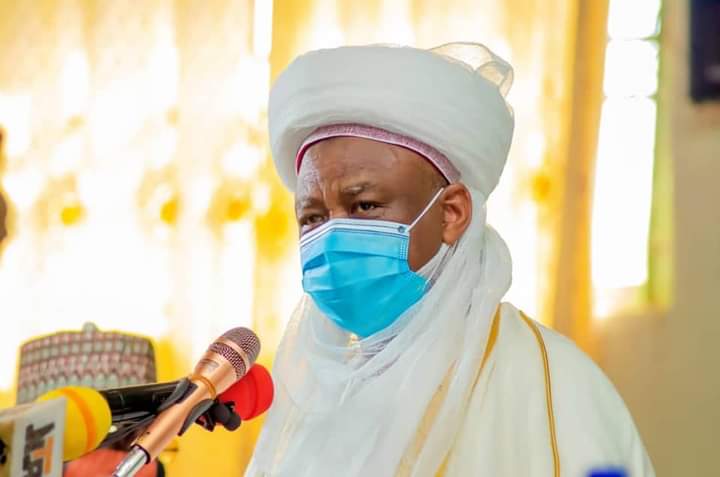 Over N92 million was realised at the launching of the three Islamic books written by a Sokoto based Islamic scholar, Dr Jabir Sani Maihula.

The books launch was held at Sultan Maccido Institute for Qur’an and General Studies, Sokoto on Sunday.

Sokoto State Government donated N35 million followed by some federal legislators and their associates, led by the former Governor of the state, Senator Aliyu Magatakarda Wamakko, who contributed over N16 million.

Other corporate launchers include AA Rano, and Rahamaniyya Global Resources.

At the occasion, Governor Aminu Waziri Tambuwal of Sokoto State observed that, the poor conception of what Islam stands for has given impetus to the evil plots of Islamic insurgents.

According to the Governor, “we are all aware of what is happening in the North-West, North-East and North-Central where some of us have capitalized on poor understanding of the religion by the people to manipulate the general populace, particularly youths, to cause trouble.

“No doubt, this works by Dr Jabir is a step in the right direction, which will be augmented by the state government, that will engage more Islamic scholars to bring about moral regeneration, upgrade education and bring about peaceful coexistence.

“For these reasons, the publication of the books couldn’t have come at no better time than now considering the kind of challenges the religion is facing today in our country and abroad,” he said

Noting that Islam is not a religion of violence, the Governor explained that it is a faith which foundation was built on peaceful coexistence and the books would improve its scholarship.

In his remarks, the Sultan of Sokoto, Muhammad Sa’ad Abubakar, while commending the author for his handwork and talent towards publishing the books, said the Sultanate Council has done something similar where it enumerated 313 Islamic books out of many written by his forefathers.

He said 190 of such books have been published and distributed within and outside the country, stressing that the Council, in collaboration with state university, would create a department of Sokoto Caliphate Study, where students would be thought the history and good work of the leaders of the Sokoto Caliphate.

In his vote of thanks, the author of the books, Dr Jabir Sani Maihula, expressed appreciation to all those who contributed in one way or the other towards publishing the books.

He also thanked the people who came from far and near to attend the occasion.

He prayed Allah to reward them abundantly.