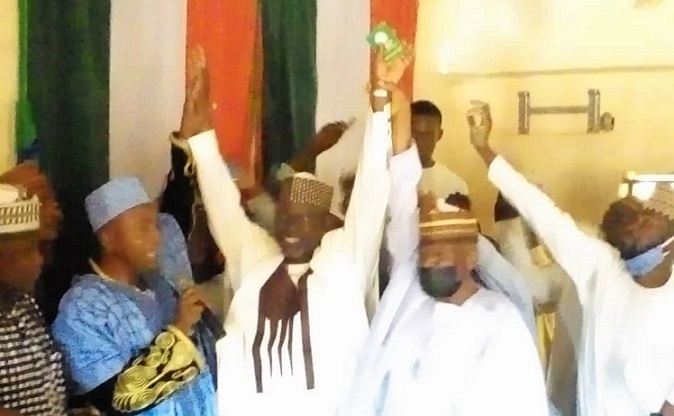 A well-known founding father, a party chieftain of the All Progressives Congress (APC) in Kebbi State and his staunch party supporters from Nasarawa Ward 1 in Birnin Kebbi, Alhaji Abdulmalik Haliru, Melton has defected to the Peoples Democratic party (PDP).

Abdulmalik said the reason why he left the APC with his supporters was because there was no justice in the party’s leadership.

We are decamping to PDP for the development of Kebbi state.

“Our stay in APC has not been encouraging. APC policies and approach have not encouraged democracy and governance in the state ” he added.

Receiving the decamped members at the state Secretariat in Birnin Kebbi, the State Party Chairman, Alhaji Saidu Haruna said the party was ready to welcome everyone who wishes to leave other political parties to join their party.

He further added that APC has failed Nigerians, most especially the Kebbi State government, noting that the state government has nothing to showcase in terms of development and capital projects.

Poverty has become the order of the day under the APC administration and poverty has ravage the entire state, he added.

He said: “I know many people from APC in Kebbi State who will soon leave the party, because of injustice among their leaders.”

The Chairman commended those newly defected members for their courage by dumping APC.

He said: “We told you earlier that APC is not a party that can make you progress, you are with us earlier before leaving and now that you are back, I welcome you back home.

“Our party is open for more people to come in because PDP will take over Kebbi state come 2023” he added.

Meanwhile the party have registered and issued him PDP membership card.