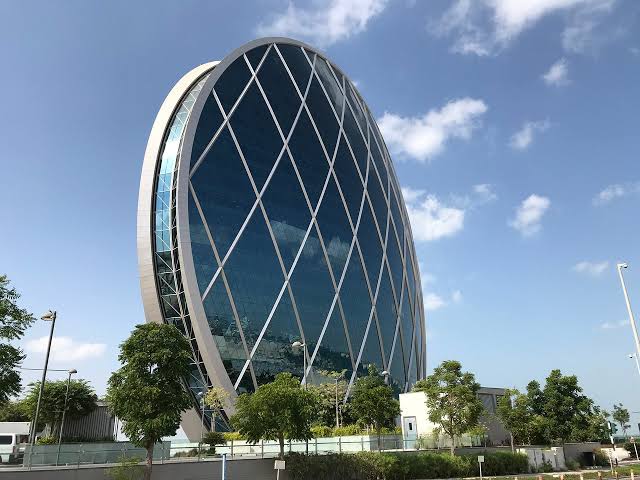 There is nothing any smartphone phone user can do about what goes on in this disc shaped building located at the United Arab Emirates (UAE). It is the corporate headquarters of DarkMatter. UAE is an Arab Gulf country with a population of 9.2 million made of 7 emirates including Dubai – a favourite destination for loaded Nigerians. However, only 1.4 are Emiratis. The 7.8 majority are foreigners.

DarkMatter is a cyber security firm and proxy for NSO Group Technologies (NSO stands for Niv, Shalev and Omri) the names of the company’s founders to market the world’s most advanced phone surveillance technology known simply as Pegasus which is classified as a weapon by Israel and any export of the technology must be approved by the government. UAE is therefore an offshore trading post.

Due to its existential realities hightech security is not only a national necessity but a major business for Israel being the only Middle East country with neither crude oil nor Natural gas. Niv, Shalev and Omri are retired military intelligence officers that served under Unit 8200 of Signal Intelligence of the Israeli Defence Force;

“Unit 8200 is composed primarily of 18–21-year olds. As a result of the youth of the soldiers in the unit, and the shortness of their service period, the unit relies on selecting recruits with the ability for rapid adaptation and speedy learning. After school programs for 16–18-year olds, teaching computer coding and hacking skills, also serve as a feeder programs for the unit.”

Many phone Apps and Antivirus software in use around the world are created by companies set up by former officers of Unit 8200. The Israelis are reportedly the first nation to hack into any android phone any where in the world by remote access and use it as a listening device even if is not on!

What is happening to WhatsApp?

In October 2019, WhatsApp and its parent sued NSO Group Technologies under the US Computer Fraud and Abuse Act (CFAA) for using the Pegasus spyware to violate the privacy of over 1 billion WhatsApp users worldwide. Have you recently been asked to update your “privacy agreement” with WhatsApp recently? It is a fallout of that case.

Many WhatsApp users have started migrating to other platforms like Telegram and Signal that guarantee better “end to end encryption” for users. But truth is there has never been privacy in telecommunications. The internet was invented by the US Department of Defense; “If you have something that you don’t want anybody to know, maybe you shouldn’t be doing it in the first place.”

WhatsApp was established in 2009 by two digital nomads previously working with Yahoo with a seed capital of $250,000, by 2014 Facebook acquired it for $19 billion. Meanwhile we all use it for free; so, where do the profits come from? As they say; “The most expensive things are free”

One World Government is now inevitable

What do the Israelis and Arabs have in common? The oil sheikhs abhor democracy but want to retain power and control over their masses without causing another Arab Spring. The Israelis have the technological means to aid the aristocrats while maintaining their democratic survival and national security in the world’s most hostile region. This arrangement is sweet music to the proponents of Globalization in maintaining world order.

According to an Al Jazeera report dated December 8, 2020;

“Nigeria’s Defence Intelligence Agency has acquired equipment that it can use to spy on its citizens’ calls and text messages, according to a report by the University of Toronto’s Citizen Lab, which researches digital surveillance, security, privacy and accountability.

The report, titled Running in Circles: Uncovering the Clients of Cyber-espionage Firm Circles, said a telecom surveillance company by the name of Circles has been helping state security apparatuses across 25 countries, including Nigeria, to spy on the communications of opposition figures, journalists, and protesters…..The Citizen Lab report also said Circles was affiliated with Tel Aviv-based NSO Group, an Israeli hacker-for-hire company, whose software, Pegasus, has allegedly been used by several governments to spy on dissidents by taking control of their smartphone, its cameras and microphones, and mining the user’s personal data.”

Big Brother is watching you

Femi Adesina recently released a statement entitled; “Criticise us fairly, President Buhari appeals to Nigerian elite.” What the presidential aide has simply done is to stratify Nigeria in line with privileged information hidden in plain sight.

“Big Brother” is the fictional leader of a country called Oceania in George Orwell’s novel “1984” that was published in 1949; “Oceania’s society as divided into three distinct classes: The Inner Party, the Outer Party and the Proles.

The Proles made up almost 85% of the population in Oceania; they receive little education, work at manual labour, live in poverty although in privacy and anonymity………Party members (the Inner Party and Outer Party) are under surveillance via telescreens in both private and public; by contrast, Proles’ quarters are generally free of telescreens as the Big Brother does not care to observe them.

Their functions are simple: work and breed. Proles are described as “caring little about anything but home and family, neighbour quarrels, films, football, beer, lottery tickets, and other such bread and circuses.”

In case you missed the optics, Mr. Adesina has issued a serious warning to the members of the Inner and Outer Party in Nigeria by implying the Proles are still loyal.