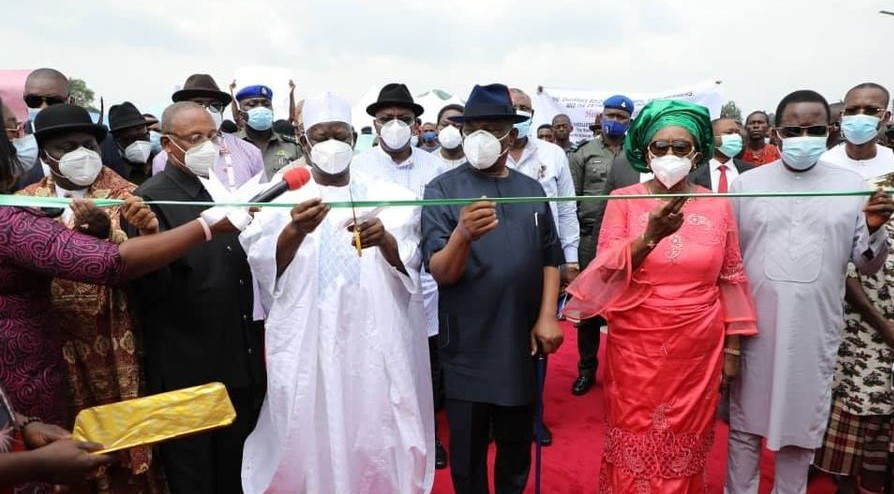 Rivers State Governor, Nyesom Ezenwo Wike has restated that only the Chairmen of Local Government Areas who have performed in office are likely to be considered for a second term.

But this criterion, he said, does not invalidate existing arrangements in most council areas where such chairmanship positions are on rotational basis.

The governor said it has become more important to allow people who are competent and know what to do with elective office to ascend such position so that they can work for the good of the people and communities.

“On this Local Government election coming, let me say clearly, I cannot continue to see situation where most responsibilities of local government are given to the State. It has made most of them to abandon their own responsibilities.

“I will not agree to that again. Anybody who wants to go back for chairmanship, must show us what he has done in that Local Government.

“Now, even if that chairman wants to go back, you must also consider your local peculiarity” he said.

Wike acknowledged the cooperation Bolo people gave to the local contractor that handle the road project that traverses all the communities within the town and said it is a proof that they love development.

He also announced the award of contract for the reconstruction of the bridge linking Bolo Town to their neighbours.

He said Ausphepz Nigeria Limited, the local contractor that handled the Bolo Town internal roads will be engaged to do the bridge.

“When we came for campaign, I asked the people and they said roads are important for them. We thank God today that the roads are reconstructed to link all the communities in Bolo Town.

“Now, nobody will say they are left out of the 7kilometer of concrete road in all the communities that make up Bolo and this is part of Ogu/Bolo Local Government Area.

“About the damaged bridge linking you to Gokana and Tai Local Government areas, I will ask the Special Adviser on Special Projects to go and scoop it.

“He should see whether the contractor that handled the Bolo internal road project can also do that.  We have to encourage and empower our own local contractors because they have done a good job here.

“Bolo people have supported us. Continue to work together, it will bring you a lot of projects.  Communities that support contractors to complete projects and not demand money from them will benefit more. We will continue to fulfil, by the special grace of God, all promises we have made to you,” he added.

Inaugurating the network of internal roads in Bolo Town, the former Governor of Gombe State, Dr Ibrahim Hassan Dankwanbo noted that the road infrastructure put in place by the Rivers State governor will open up Bolo Town and its people to enjoy the benefits of development.

He considered himself privileged to be in Bolo Town to see how such hinterland has been touched by the administration of Governor Wike, delivering democratic dividend to rural dwellers.

“Development comes in several ways. From what I have seen, coming to this part of the State was very easy.  Seeing the internal roads that have been constructed, totally about 7kmwirh drainages, is a rare achievement and very commendable.

“Roads open development. I want to, therefore, urge the people of this community to use this facility that have been provided to ensure that they grow the economy of this place. More youths should be employed and ensure that all the farmlands are cultivated, and the produce easily evacuated to the market,” he said.

Hon. Dax George-Kelly, the Special Adviser to the Governor on Special Projects said this project was awarded and completed within the contract period of 12 months.

According to him, what was provided to the Bolo people is a rigid (reinforced concrete) pavement road that is 7kilometres long, has 12 kilometer of drains with an average width of 6.5 metres.

“This road crisscrossed all nooks and crannies of Bolo Town. There is expansion, development, and new buildings coming up. The people are very happy for it,” he said.