Menu
Home Opinion What is really going on along the Abuja-Kaduna-Kano Expressway?
Opinion

What is really going on along the Abuja-Kaduna-Kano Expressway? 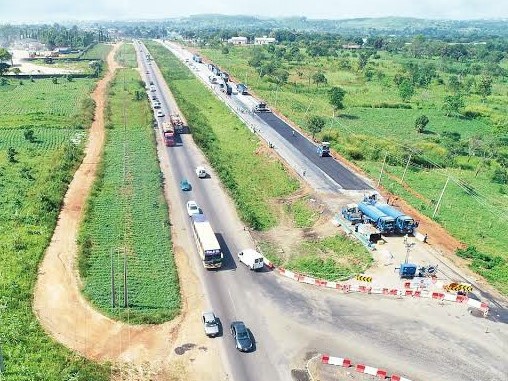 The late last year I travelled to Abuja from my Zaria base by road. It was an involuntary but reckless act due to the insecurity pervading the Kaduna/Abuja axis. As a casual traveler, I noticed appreciable progress on the construction work by Julius Berger. But as they say; “The devil is in the details” completing that road project will no doubt improve security along the entire route to Kano. Despite my safe return, two things still worry me.

First, out of a total FG budget of N13.58 trillion for 2021, N5 trillion or 40% of the budget is for personnel costs of less than 2 million public servants and political appointees out of a population of over 200 million persons.

Also, in the 2021 fiscal year, another N134 billion will be spent exclusively on 469 National Assembly members and their support staff. Last year a chunk of our national revenue was dedicated to debt servicing – in 2021, 25% has been so designated. Simply put 65% of the current FG budget totally excludes capital expenditure for critical infrastructure such as the Abuja-Kaduna-Kano road project. And others elsewhere in the country.

Second, is Sonala Olumhense’s column entitled; “The Abuja-Kano Road will not be completed.” The political implications for President Buhari on such a legacy project in his home region are dire. PMB’s supporters, indeed all Nigerians should be worried, if there are Fifth Columnists around PMB or he lacks full control over his own government?

Over now to Mr. Olumhense;

“As you have probably heard, the Muhammadu Buhari government will now complete the reconstruction of the 375km Abuja-Kano Road (AKR) Project in 2023. One week ago, Funso Adebiyi, a Director of the Federal Ministry of Works and Housing, made the announcement, the story being either too hot or too cold for the Minister, Babatunde Fashola, to handle by himself.”

“AKR is not just another road.  It is part of the A2 highway, the second of the nation’s four federal highways that run North-South.   Like almost every government project in Nigeria, AKR was in a poor shape when Buhari took office in 2015.

In December 2017, the new Nigeria leader included it among three road projects, spokesman Garba Shehu described it as Buhari’s “roads to glory,” and awarded to construction giant Julius Berger a N155.7bn contract to be funded from the 2017 and 2018 budgets.

The project eventually began in June 2018, one month after Buhari established the Presidential Infrastructure Development Fund (PIDF), to be managed by the Nigeria Sovereign Investment Authority (NSIA), to which he also authorised the initial transfer of $650m, for “critical road and power projects.”

“In other words, from Day one the project did not lack funds, and its deadline was 36 months.  That is: NOW. But announcing its commissioning is not what the government did last week. Instead, it announced an additional 36-months for the job, keeping intact its reputation for never completing any major initiative on schedule, if ever. But even that new date—2023—is false; the earliest completion date is 2025, two years after Buhari leaves office.  I will provide evidence of this in a moment.”

“N155 billion is a lot of money, and Nigerians expected Berger, which swiftly obtained from the NSIA N50.86bn or one-third of it, far beyond the 15 per cent mobilisation fee allowed by law, to deliver. In 2019, the House of Representatives began an investigation of that payment, summoning the NSIA, the Federal Ministry of Works and Housing, the Federal Road Safety Commission, and the contractor. In August 2020, the House Committee on Works also declared the overall contract value of N155bn to be “overpriced,” its chairman,  Kabir Abubakar (APC-Kano), arguing that other companies had quoted some N60 billion less for the job.”

“The committee also raised a technical issue that Fashola’s ministry did not appear to have examined before the contract was costed and awarded.  Berger is using “cold recycling methodology,” which is a fairly-new reconstruction technique that is known to be cheaper to undertake, apart from being faster and more environmentally friendly. And then there are the issues of just how sophisticated and modern the road should be.  Before I address that, let us remember that last year, the United States and the Island of Jersey repatriated to Nigeria $308m, another big chunk of recovered Abacha loot.”

“Sadly, but on account of previous repatriations having disappeared in the hands of various governments, the $308m return had a proviso: it must be used for the following projects: The Second Niger Bridge, the Lagos-Ibadan expressway, and—you guessed right—the AKR. “Should any of the parties—including the United States—conclude that any of the returned funds had been used for an ineligible expenditure, a “claw-back” provision would then obligate (Nigeria) to replace fully any such improperly diverted monies,” the official statement said.”

“Attorney-General, Abubakar Malami confirmed the agreement in a statement in February 2020, the same month that Berger confirmed that AKR would be completed in mid-2021. By coincidence, that was also the month that the Buhari government appointed Yolas Consultants to redesign the road from four to six lanes, an N867m project that Minister Fashola said would take five months. Only two months ago, Fashola would again explain that the reconstruction had been delayed because some members of the National Assembly had called for the road to be expanded from two to three lanes.”

“Incredibly, he told a Town Hall meeting in Kaduna that after undertaking the nearly N1billion procurement process of redesigning the three lanes, his ministry was “instructed” to revert to the original design of two lanes. The excuse: lack of funds.”

“And then Fashola got really clever: “Each lane is 375km. So, if you multiply that by four, we are building 1500 kilometres of highway. No matter how hard you tried to work, if there were 25 (sic) hours in one day to do this work, we will commit to it, but the truth is that materials take time to react, minimum and maximum processes must be observed.”

“Remember, when the project was launched, road users had complained that 36 months was too long for the contract.  “For many years, this road has become a death trap and we are very pleased that finally, the government is taking concrete action,” said Sanusi Lamido Sanusi, at that time the Emir of Kano, at the occasion. Bellying up to the bar of history, Minister Fashola demanded patience, stressing that funding would be no problem and that Buhari had guaranteed completion. But here we are: Not only is the project not being delivered on schedule, but it is also not being delivered at all within Buhari’s eight years.”

“Worse still, a dearth of funds is being blamed. But that is false.  Instead, we are witnessing, in real time, the collapse of governance.  In practice, governance is now merely a political campaign: a lot of lights and noise and advertising but no governing.  It is the reason why the Buhari administration names hundreds of projects in every sector, but none is ever delivered.  We are a nation in turmoil and torture.”

“Let me put it differently.  In Esan, we have a saying: If the man who slept indoors claims he saw a ghost, what should the man who slept outside say?  If AKR, backed by the funds of the NSIA and Abacha’s deepest pockets being watched by foreign powers suffers “paucity of funds,” what Nigerian project is genuine? But the worst is yet to come because nobody is telling Nigerians the truth: not the politicians, not the civil servants and perhaps not even the professionals.

For instance, how can the government supervise the contractor if they are in bed together, as is suggested by the NSIA, which says in its Focus section on Roadways that it is “in partnership with Berger is developing a project to finance, construct, operate and maintain” a contract the same Berger is executing?”

“And notice that Adebiyi did not say that AKR will be completed by the Buhari administration, but that it would be completed “before the end of 2023.” But even that is false because at that Town Hall meeting in Kaduna two months ago, Lars Richer, the Managing Director of Berger, clearly said, “The new deadline is now 2025.” In contrast to this saga, consider that in 2018, Algeria completed—in four years—its portion of the Trans-Sahara highway (1600km).

Dear Nigerian, you must question unceasingly.