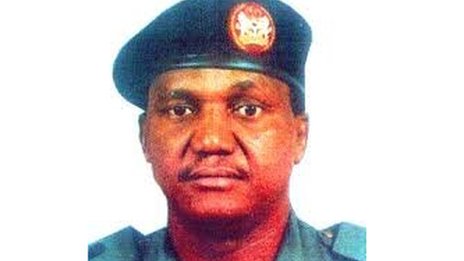 The death, last Monday, of Colonel (Rtd.) Aminu Isah Kontagora has robbed Nigeria of a quintessential public administrator, a cultured and brilliant military officer who contributed a lot to the physical development of Kano State as well as its human resource capital. The urbane and sophisticated officer also impacted the career of those of us privileged to serve under him in various capacities, for which I remain eternally grateful.

I join other Nigerians in praying for the Almighty to forgive his shortcomings and grant him Aljannah Firdausi. May Allah grant his immediate family and dependents the strength to bear the loss.

Colonel Aminu Isah Kontagora served as Military Administrator of Kano State from September 1998-May 1999. It was during this period that our paths crossed. It was a routine posting during the Military era. After General Sani Abacha’s death, some military administrators were swapped, which saw Colonel Dominic Oneya moving to Benue State and Colonel Kontagora coming to Kano.

For those of us who served under Colonel Oneya, we did not know what to expect from the new Military Administrator. But we did not have to wait too long before we came to understand his personality, leadership qualities, and man-management style.

Colonel Aminu Isah Kontagora loved Kano and the people of the state. He pushed ideas of how to improve public infrastructures. He respected the institutions, especially the traditional institution and the civil service. He was a very meticulous and well-trained officer who expected everyone to imbibe the self-discipline culture without the fear of working under a military regime. He was a disciplined but compassionate, humane, and very considerate administrator who looked out for the wellbeing of those working under him.

On arrival in Government House Kano, Colonel Aminu Isa embraced us and gave us the confidence to continue with our duties as if nothing has changed. But he knew everything and everybody and must have commissioned some advanced intelligence on some key staff before his arrival. I was rattled when he called me one day.

“Sule, I can see why they call you Oneya Boy, but from now they will address you as Kontagora Boy.” Then I said to him, “I do not understand this statement, sir.” He replied, “When I came, I was brainwashed into thinking you were Oneya’s boy because of the loyalty and zeal you used in carrying out your duties. Now everyone that sees how you work with me will certainly be addressing you as my boy.” For me, it was an affirmation of a boss’s confidence in my work and loyalty. I owed that to him, my state, and my career.

As Chief Press Secretary, my work brought me even closer to the Military Administrator. I had direct access to him at any time of the day, during, and after office hours. My interactions with him revealed his inner thoughts about what he thought about Kano, the people, the future of the state, and the country. He was very patriotic and optimistic. He was very respectful, and it is easy to relate to him because he was very approachable.

Before his arrival, we heard stories from other states about their administrators’ behavior, but Colonel Isah Kontagora had a ‘civilianized’ heart; he trusted the Government House staff and expected everyone to put in their best at all times without being reminded.

In the short period he served in Kano, Colonel Isah Kontagora worked assiduously to improve on what he met on the ground. He listened attentively when senior civil servants were offering their opinion on matters of state. He consulted widely before making decisions. He was authoritative as you would expect a senior Military officer, but he listened to all and took expert advice from the civil servants.

Twenty-one years after leaving government house Kano, we remain in touch and arrange for his accommodation any time he or any member of his family is visiting Kano to pass a night.

He will always call to find out about the situation around my Boss His Excellency Senator Ibrahim Shekarau as he gets updates from the Senator’s platform.

As a final tribute, I recollect one final legacy of kindness that Colonel Kontagora left for all of us, his personal staff. Toward the end of the administration after the election of a civilian government in 1999, he gathered all of us – military, SSS, police, and civilians – and told us, “Look, by the time we (the military) leave, this incoming civilian government will never work with you.

He facilitated all our preferences and got some jobs in other places for some others. Only a kind and considerate boss would do that for those who served him even when he owed them no obligation to do that. These are some of the memories I recollect while serving under this distinguished and outstanding Military Administrator.

Tambuwal: More to Be Done to Re-secure Nigeria