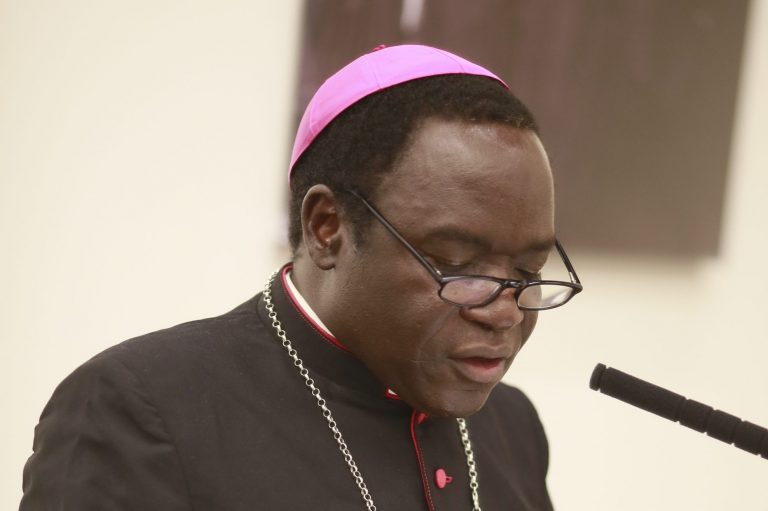 Apparently piqued by the dangerous dimension in misinterpretation of the Christmas message by Bishop Hassan Kukah to fan the embers of disunity, the Congress of Northern Nigeria Christians (CNNC) has warned Jama’atu Nasril Islam (JNI) to think about the consequences of their utterances.

They also warned other groups and individuals hiding under the Christmas homily of the Catholic Bishop of Sokoto, Matthew Kukah, to stop the incitement before the danger starts manifesting beyond what they can imagine.

The National youth leader of CNNC, David Kadzai, who spoke in Yola said that it was unfortunate that some agents of violence were turning the Christmas homily of Kukah upside down to serve their selfish purposes.

“If criticising President Muhammadu Buhari’s government is an attack on Islam, it means that Buhari, JNI and other Muslim faithful were attacking Christianity when they were criticising former President Goodluck Jonathan,” he said.

According to the youth leader, Kukah raised issues of nepotism, insecurity and lopsided appointments by Buhari’s administration, but his critics are not defending those allegations, since they have no defence.

“I want those behaving as if they are landlords and other Nigerians are tenants to know that the country belongs to all of us and nobody has monopoly of demeaning other Nigerians hiding under religion,” he maintained.

The group called on other religious leaders in the country to come out and speak on the challenges facing Nigeria as a result of bad governance.

It noted that the country was drifting to dangerous course due to unfocused leadership dominated by people without direction.

“I advise people to stop behaving like King Pharaoh of Egypt that was disrespecting the servants of God that were speaking to him to change from maltreatment of Israelites, but he refused to listen and was disgraced,” Kadzai added.