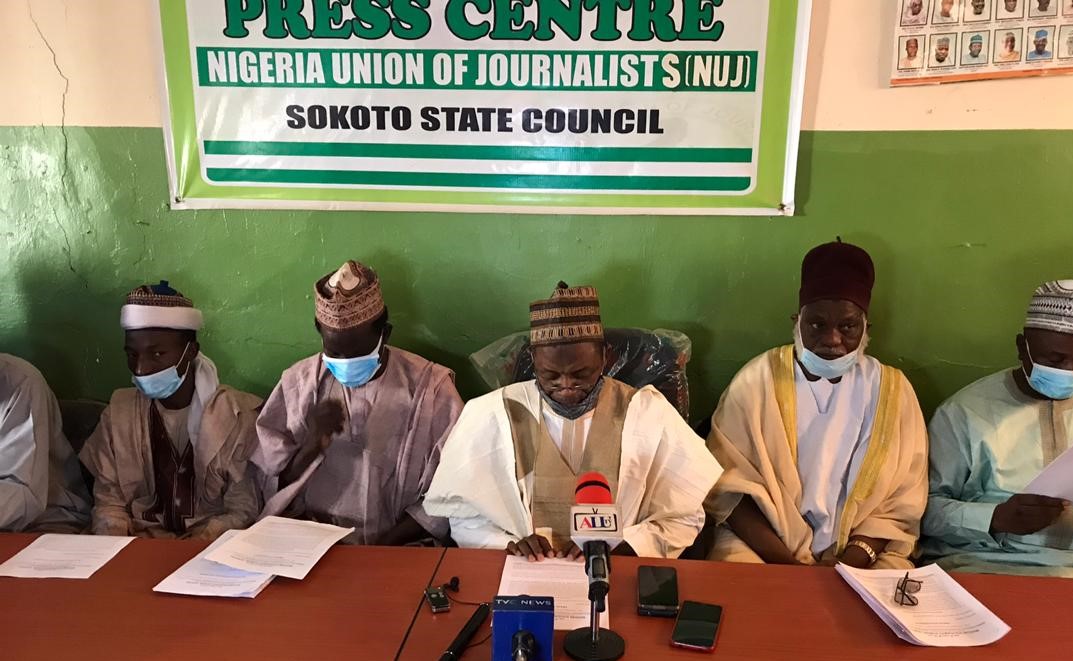 The Muslim Solidarity Forum (MSF) an umbrella body of all Islamic Organizations in Sokoto State has expressed dismay with the Christmas message of Catholic Bishop of Sokoto Diocese, Bishop Mathew Hassan Kukah.

The Forum during a press conference in Sokoto, Tuesday, at the Nigeria Union of Journalist (NUJ), Press Center, Sokoto, said Kukah chose to attack Islam and Muslims especially those from these parts of Nigeria.

The theme of the press conference tagged “ENOUGH IS ENOUGH MR KUKAH” is staged to counter some misguided statement said to have been made by the Catholic priest during his Christmas message to the Nation sometimes in December, 2020.

The Forum further claimed that Bishop Kukah accused President Buhari whom he qualified albeit, indirectly as a Muslim and a Northerner of committing many acts of nepotism.

Leader of the forum, Professor Isah Abubakar Maishanu said Bishop Kukah alleged that what President Buhari has committed, had it been committed by a non-Northern Muslim President, there would have been a coup in Nigeria.

The Forum asked Bishop Kukah to as a matter of urgency withdrew the statement and apologize to Muslims Ummah or leave the seat of Caliphate.

It also accused Bishop Kukah of being antagonistic to Shari’ah law implementation in some states of Northern Nigeria, even though it is a constitutional right of Muslims and not applicable to Christians.

During the press conference, the forum asked Questions with varying length that needs urgent response from the Catholic priest.

MSF described as callous the statement made by the Catholic priest which it said is not deserved from anybody of his caliber who parades himself as secretary, National Peace Committee and Member, Nigeria Inter-Religious Council (NIREC).