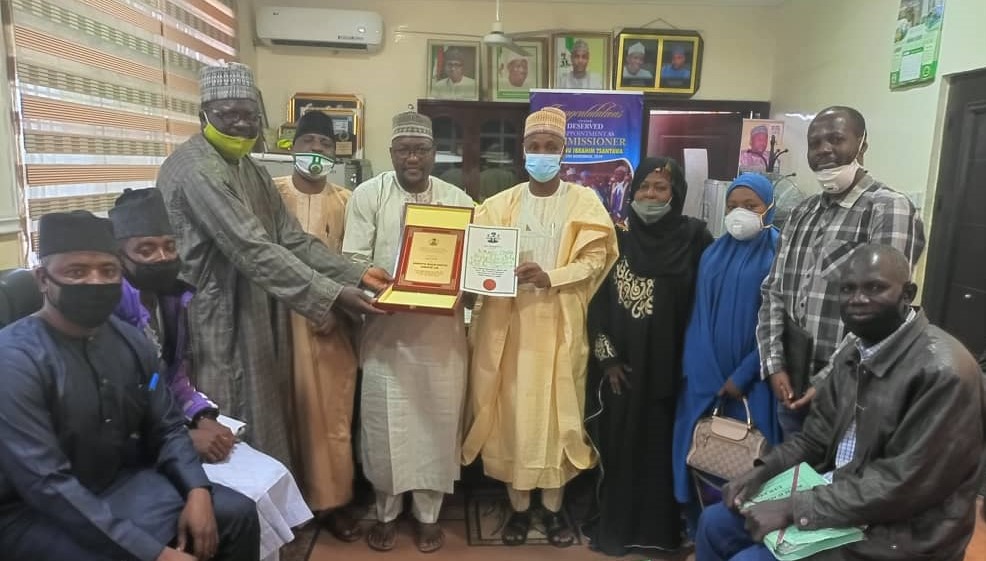 During the presentation of the awards to the state Commissioner for Health in his Office, Dr. Aminu Ibrahim Tsanyawa appreciated the good efforts and coordination of the TB, Leprosy and Buruli Ulcer Control unit under the Department of Public Health and Disease Control of the Ministry of Health for the achievements recorded as, according to him, this is the first time the State have won such National TB and Leprosy Awards.

The Commissioner further thanked the Management of Ahmadiyya Muslims Hospital Kano as one of the nineteen (19) GeneXpert centers in the state and having conducted the highest TB testing across Nigeria that got Kano this befitting award.

Dr. Tsanyawa also appreciated all the development partners collaborating with the state government in all aspects of health and general development of Kano state.

Earlier during the announcement, the Minister of Health, who was represented by the Director Public Health, Federal Ministry of Health, stated that Kano state merited the awards in view of the efforts of the State Government through the state Ministry of Health in detecting and treating all TB cases despite the covid-19 pandemic.

These achievements clearly showed Government’s willingness and commitment to safeguard the health and well-being of the teeming populace as well as stronger collaboration with the development partners, he added.