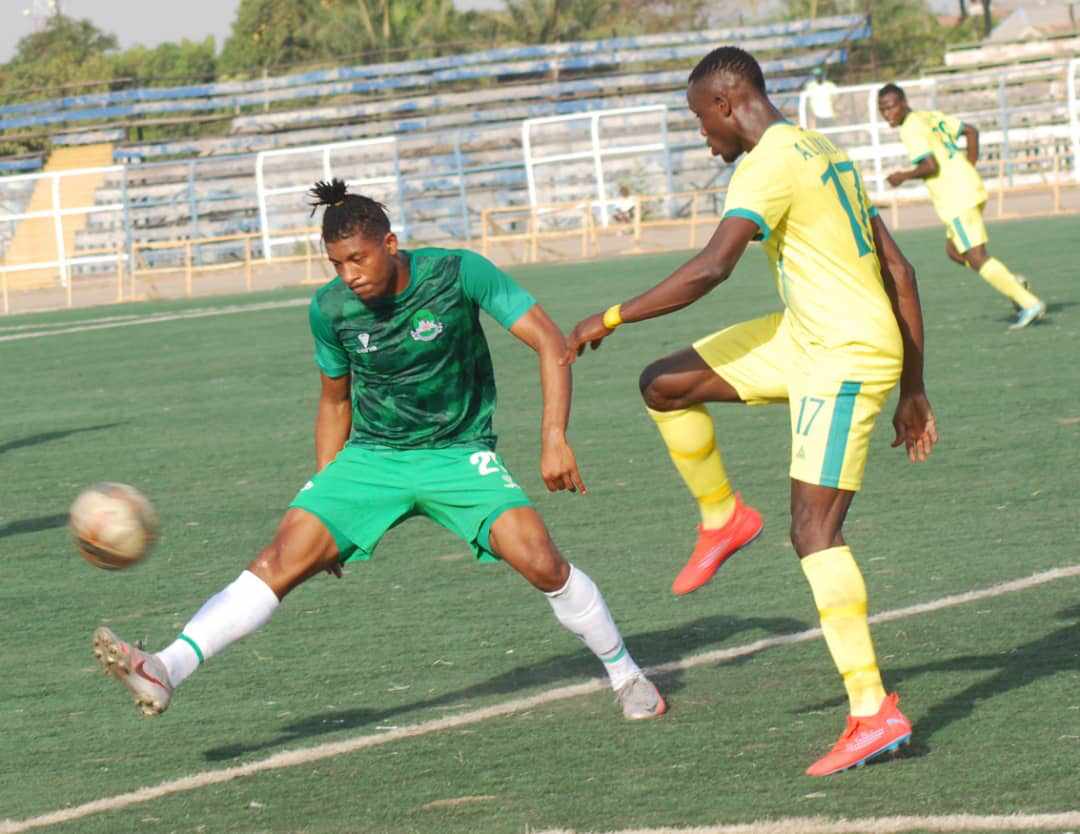 Nyima Nwagua who came from the bench put pillars ahead in the 46 minutes of played and Adamu Hassan put smile to the faces of the home team with equalizer at 84 minutes of play.

In his reactions shortly after the match, Kano Pillars Fc Technical Adviser, Emmanuel Lionel Soccia described the game as a good match were both teams did their best.

Coach Emmanuel said his team deserved to go away with maximum three points but due to some technical issues all efforts prove abortive.

He explained that he is taking every match one after another and expressed his delight with performances of the team in the three matches they played so far in the season.

My attention now has been focussed to the match day four against plateau United in Ahmadu Bello stadium kaduna on Wednesday, Coach said.

On his part, Chairman of the club, Alhaji Surajo Shaaibu Yahaya Jambul commended Governor Abdullahi Umar Ganduje for his financial and moral support and urged him to do more for the team.

He said the one point the team got on the road today is a gold and one day the three points would pocket on the road.

Alhaji Surajo Jambul said the team will move to Kaduna tomorrow Monday to be prepared ahead of week four clash with Plateau United on Wednesday at Ahmadu Bello stadium Kaduna.

Kenya’s Olunga turns to Haaland as he scores for Al Duhail in...