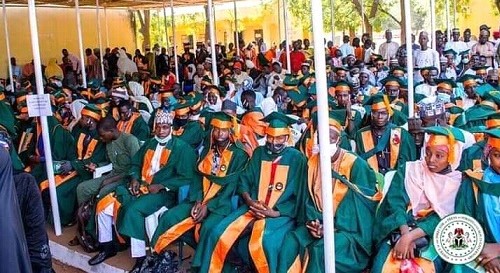 In a statement signed by the Public Relations Officer, Ministry for Basic and Secondary Education, Malam Nura Bello Maikwanci, said the schools were merged with other boarding schools in more secured towns as result of prevailing insecurity.

Others are GSS Tureta which would move to Sultan Abubakar College Sokoto, GSS Isa to STC Sokoto, GTC Binji to ABA Farfaru, OOTC Bafarawa to GTC Farfaru while Government boarding Primary School Balle, Isa and Jabo pupils would be returned to their former primary schools to continue their normal lessons.

The Hon Commissioner for Basic and Secondary Education, Dr MB Abubakar Guiwa said all necessary arrangements have been made to ensure the success of the merger.

“Covid 19 protocols would be adhered strictly in all the affected schools,” he added.

According to the statement, the merger is with immediate effect.

This is a sign western. education is succumbing to Baok Haram name .We are are losing hope in the north .