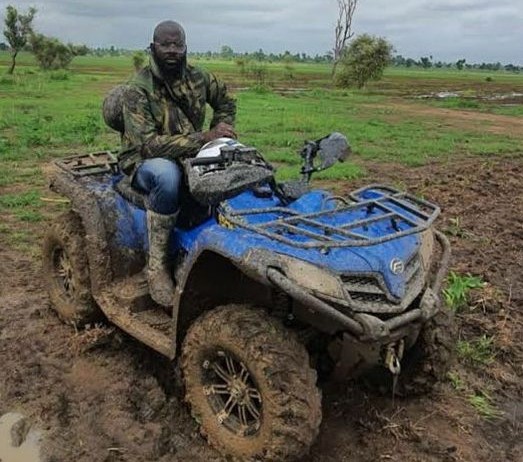 Apparently, you don’t have to be farmer to farm. All you need is an idea backed up with a sustainable business plan and managerial ability. Including capital and conviction.

Rotimi Williams, is a former banker now in his early 40s who currently has over 45,000 hectares under cultivation. This is an equivalent of 63,000 soccer fields. Williams represents a new generation in entrepreneurship in Nigeria. This is a result orientated breed that judge business relationships only on key performance indicators irrespective of background whether North, South, Christian or Muslim.

What is Mr. Williams’s idea?

It is simply to enter into various lease agreements of 50 years with different landowners which range from private individuals, state governments and the Nigerian Army. Wherever there are local communities within what he acquires, he empowers them with capital thereby increasing their yield which he buys at market rates. He never evicts anybody. He therefore has a large pool of dedicated loyalists that any politician would envy.

How did a typical Lagosian who started farming in 2012 become one of Nigeria’s biggest rice farmers?

Mr. Williams explains in his own words; “Everyone thinks you need a special degree in agriculture to be a farmer, but I always tell them the truth, I learnt it all on Google. I downloaded every article I could find on rice production, consumed it and then practiced it in the fields.” What Rotimi has simply done is to establish a link between one of Nigeria’s oldest vocation and modern knowledge economy.

The contribution of agriculture to Nigeria’s GDP is more than that of crude oil and natural gas not withstanding petroleum sector still produces over 90% of government revenues.

How does he deal with the Farmer-Herders clashes?

He developed a program whereby he integrated nomadic herders to become sedentary in his rice cultivation value chain. The long-term plan is for him to go into ranching within 50 years that started in 2012. By incorporating farmers and herders into his corporate entity he has made them stakeholders and partners in progress. His proposal for the Nigerian Army Farms and Ranches is pure genius. Security guaranteed.

This young Nigerian has succeeded where political leaders have failed. Williams represents a new Nigeria – where innovative ideas provide sustainable solutions and profits. He is a future leader with huge potential. If he decides on a political career, he already has my vote. Ideas rule the world.