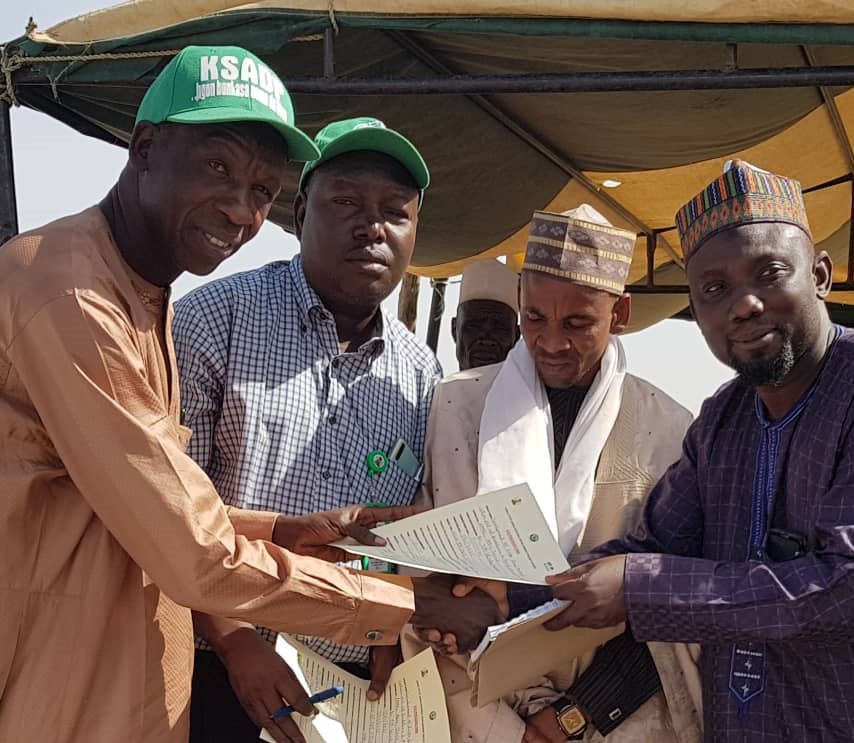 Stallion Times reports that in September, 2020, the Project awarded contract worth N88, 049, 970 million to NAPRI, for establishment of 20-hectare seed multiplication scheme, which is expected to form the cornerstone of large-scale, commercial fodder production in the state.

Speaking during the handing over formalities, the State Project Coordinator, Kano state Agro Pastoral Development Project (KSADP), Malam Ibrahim Garba Muhammad explains that “the activity will pave way for production of thousands of tons of fodder, supporting thousands of livestock units and many pastoral families across the state all year round.”

Fodder crops are imperative in the development of Nigeria’s livestock industry as the bulk of the animal protein especially milk and meat, consumed in the country, derive from cattle and small ruminants, which are basically dependent on these crops.

The Project Coordinator also explain that the cultivated fodder seeds would also be planted at Dansoshiya forest in Kiru local government area to provide about 4, 000 hectares of pasture to minimize the seasonal movement of pastoral families from Kano, to other parts of the country in search of animal feed and water.

He says “The project will also support the those of you residing here at Dudduru, to engage in small-scale fodder production around your homesteads so that you can feed your cattle and sell to prospective livestock keepers for more income.”

Malam Ibrahim, who assured the pastoralists settled in the reserve that their homesteads and stock routes would not be affected by the seed multiplication venture, stressed that their cooperation and support is vital to its success.

The Project Livestock Specialist, Dr. Garba Sale and the representative of NAPRI, Dr. Ishaku explains the importance of the availability of animal feed within local communities, for the wellbeing of their animals and to mitigate conflict caused by seasonal migration.

The traditional leader of Fan’idau, Alhaji Aliyu Adamu Fan’idau and other local leaders who witnessed the occasion, urge herdsmen in the reserve to demonstrate full ownership of the project because of its potential to create jobs and fodder for their animals.

Education, a Recipe for National Progress