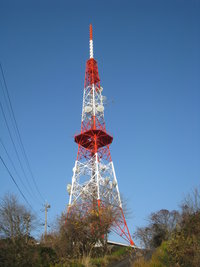 The Caliphate Radio transmits its programs on 91.9 MhZ on FM band, it is licensed by the Nigerian Broadcasting Commission (NBC).

The mission of Caliphate FM Radio is to unlock the vast intellectual, socio cultural, economic and historical potentials of Sokoto and the neighboring Kebbi and Zamfara states.

The station has today become a major source of information, education and entertainment for its vast listeners.

As a private media outfit, operating in Sokoto State, however, Caliphate Radio has been operating under serious and dire conditions that have threatened its very existence.

According to the proprietor of the FM station Alhaji Abdullahi Yelwa in a statement, even before Covis-19, the sources of revenue of the FM station have been declining due to poor patronage from the business community.

“The flow of product and other forms of advertisements have all but stopped, likewise day to day advertisements such as public announcements and invitations, adding that they all have also drastically reduced,” Yelwa stated.

“Logistical challenges have persevered and increased, high cost of spare parts, operational costs of fuelling equipment, high cost of electricity tariff and maintenance of vehicles, have brought many radio stations to a halt.”

The statement sadly expressed that many FM stations, especially in the North are closing down resulting to putting many journalists out of employment.

It called on the leadership of the Nigerian Union of Journalists (NUJ), to ensure that the existential threats do not bring down communication businesses to a halt.

“You’re fully aware of the critical and indispensable roles of the media to the evolution and development of society; the roles become even more critical today, with the prevalence of insecurity and mass poverty in the North.”

“As the National Vice Chairman of the Northern Broadcast Media Owners Association (NBMOA), I am fully aware of the depth of the communication gab between the media and the various governments in the North.”

He further explained that in many states of the north the place and role of the media is not fully appreciated. Even though it promotes the policies of government and as well educate inform and entertain the citizens.

It was also added in that the media promotes the socio cultural, religious and societal values of the people, in most states of the federation; the role of the local media is not appreciated.

Alh Yelwa appealed to the Sokoto state Government to urgently support the Privately owned media organizations in the state with financial assistance and logistical support to prevent them from collapsed or extinction.

He called for the creation of a forum for dialogue and understanding between the leaders of media organizations and Sokoto State Government.

He also called on charitable individuals and organizations to support the media through sponsorship of programs and other activities for the promotion of religion, culture and social well-being.