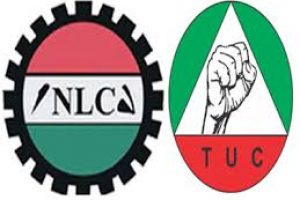 The Nigeria Labour Congress (NLC) and Trade Union Congress (TUC), Kebbi state Chapter, have suspended their indefinite strike embarked upon over unpaid leave grant, adjustment on the new minimum wage and Non payment of gratuity to retirees from October, 2018 to date among others.

Stallion Times reports that the organised labour unions started their industrial action on Tuesday night after ultimatum given to the state government lapsed.

Some of their demands includes; non payment of balance of gratuity to retirees up to September, 2018.

“Non payment of gratuity to retirees from October ,2018 to date. Non remittance of teachers’ deductions of pension contributions to their respective Pension Funds Administrators (PFAs) for over five years.

The State NLC Chairman, Comrade Halidu Umar Alhassan in an interview with newsmen confirmed that the union have received letter from the Head of Service for the resumption of committee meeting on consequential adjustment on new minimum wage.

Yesterday (Wednesday), we received letter from the State Head of Service that we would resume committee meeting on consequential adjustment and they will pay annual increment and others.

“The government has met our important demands, such like resumption of committee meeting on consequential adjustment, approval of the payment of gratuities, third one is leave grant and the fourth one is annual increment which will be done at the end of this month.”

The labour leader urged the state workers to resume to their respective working place as from today Thursday, adding that, the state government has approval some of their demands.