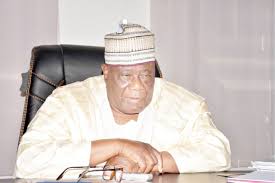 Over 1,301 Local Governments staff were promoted to various grade level in Jigawa state as over 1,100 others retire within last year of 2020.

The Executive Chairman of the Commission, Rtd Police DIG, Mr Uba Bala Ringim revealed this while briefing newsmen on the success recorded in the last year.

He said, despite the challenges imposed by Covid-19 Pandemic in the year under review, the Commission had maintained its stand on promoting welfare, discipline and productivity of local government staff particularly from Grade Level 6 -16.

“Those who were promoted to the next level will receive their letter of promotion, January, for variation and salary increment.”

DIG Ringim revealed that in the year under review the Commission had spent over N140 million in organizing 32 seminar and training for enhancing the capacity of staff from across all the 27 local government area of the state.

“As we are working in promoting the welfare of local governments staff, we are also taking action to in force discipline and fight laxity at work, some of the measures taken included the reintroduction of attendance register which every staff will be paid salary base on his attendance to work.”

“We encouraged our staff to further their education for better public service delivery, in this regard in 2020 alone, we spent over N83 million for staff scholarship, which include, registration fee, and project allowances” DIG Stated

Mr Ringim also explained, that, the commission has plan to restrengthen the activities of sanitation Workers and Forest Rangers to enhance public hygiene and environmental protection.