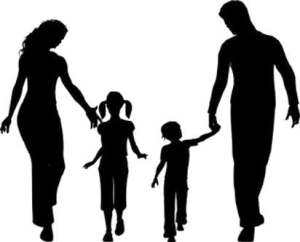 Hajara (not real name), a mother of seven has been married for only eight years and is living a low-keyed life and struggling to not only cater to her children, but also to attend to the unending domestic chores. She gave birth to her first four children within the first five years of the marriage. The children are apparently malnourished, especially the third and fourth ones, who are always sick.

Although, Hajara is proud of her children, they lacked efficient welfare, good nutrition, access to good healthcare delivery and good environment. She, including her husband and the seven children live in one room apartment in a compound, comprising 10 rooms, sharing the same toilet and bathroom, with other similar families. They hardly have two good square meals per day, as her husband doesn’t earn much.

Hajara laments her plight, as a young mother of seven, without birth spacing. “My first son is always ill and malnourished. We are not rich to provide enough food for the children and me in particular because I am breast feeding. Therefore, two of my children are underweight, according to the doctors. And only about four months into the seventh birth, I got pregnant for the eight time and the situation deteriorated the more.”

She further complained of not having access to health programs, especially the child spacing enlightenment, which she is ignorant of. “Although, I am not particularly interested in child spacing because my husband may not accept it, but I am however convinced that, if much awareness and sensitization is intensified, people will appreciate and embrace it.

More so, some of the public health facility workers shy away from their official responsibilities. Child spacing communities meant to be distributed free or at subsidized rates are diverted and sold at exorbitant prices in the pharmacies. People like us who can’t afford it end up not embracing the child spacing program.

“There is a need to do more and much funds are needed to make it free and available for people to embrace it because lack of child spacing promotes poverty, economic hardship, poor hygiene, as well as increase the rate of infant mortality. A nursing mother may not be stabilized health wise when she is placed in another circle to give birth again,” she lamented.

Hajara’s complaints and suggestions are generally what are envisaged in developing countries, especially as they have been grappling, with a $793 million funding gap since 2018 for supplies of contraceptives, as projected by the Reproductive Health or Supplies Coalition, a global research and advocacy group.

The challenges of underfunding have made child spacing and child spacing more elitist, as the over 200 million women to be targeted in the developing countries hardly get access to it, mostly due to lack of persistent awareness and enlightenment campaign programs. This heightens the fear of population explosion across the globe, especially in the Sub-Saharan Africa by 2100.

A 2017 study had estimated that about $3.6 billion would be required annually worldwide for women to access contraception facilities and a majority of them are in the developing countries and hardly access the needed funds due to the funding gap.

Definitely, a strong and widespread campaign for the enlightenment of families particularly in Nigeria needs to be funded alongside making contraceptive facilities and easily accessible.

The current poverty rate in Nigeria places a large portion of the population in severe poverty and poor income necessitates the need for families who hardly feed twice a day to want to embrace the logic of child spacing programs.

The society is affected by inadequate funding of the child spacing programs. Families with many children like Hajara can hardly train their children for a better tomorrow by providing the needed education, healthcare, food and nutrition as well as good environment. Many of such families put together in a larger scale, constitute a major catastrophe for the country.

Hence, adequate investment in child spacing awareness and facilities is a necessity and can possibly control economic crunch. Global projects in Matadi in Zaire, Ruhengeri in Rwanda and Niamey in Niger have achieved prevalence rates of 20 percent or more in recent years though in more educated and more urbanized sectors of society, a vivid reason for the low percentage of prevalence rate. This pattern of uptake is also common in Asia and Latin America in the early years of child spacing program.

More so, an overview states that access to safe voluntary child spacing is a human right. It is also central to gender equality and women’s empowerment, and it is a key factor in reducing poverty. Yet in developing countries, over 200 million women who need to avoid pregnancy are not using safe and effective child spacing methods due to reasons ranging from lack of access to proper information on child spacing to proper funding of related projects.

By 2050, Nigeria will be one of the three countries, including Democratic Republic of Congo and Egypt, to be the most populous nations in Africa with combined population of 779 million. The population is driven by high fertility rate and rising cohort of women of reproductive age group (15-49 years).

Economically, the performance of these countries as determined by the recent recession and outbreak of Covid-19 is on the down side as recession is wildly taking over. Both local and international trades have been affected and inflation has risen by over seventy percent. In fact, in Nigeria the government had declared some states bankrupt as the Gross Domestic Product (GDP) had depreciated. Definitely in resolving such a situation requires more funds would to finance child spacing programs to deter population growth, explosion and increased poverty rate.

Indeed, child spacing is a cost-effective healthcare system that needs huge funds to be implemented. Child spacing services should be provided at all healthcare facilities, commercial outlets as well as community-based systems. More so, streets publicity activities as well as media campaigns should also be funded to raise awareness.

Poor funding is indeed a detriment to child spacing programs.