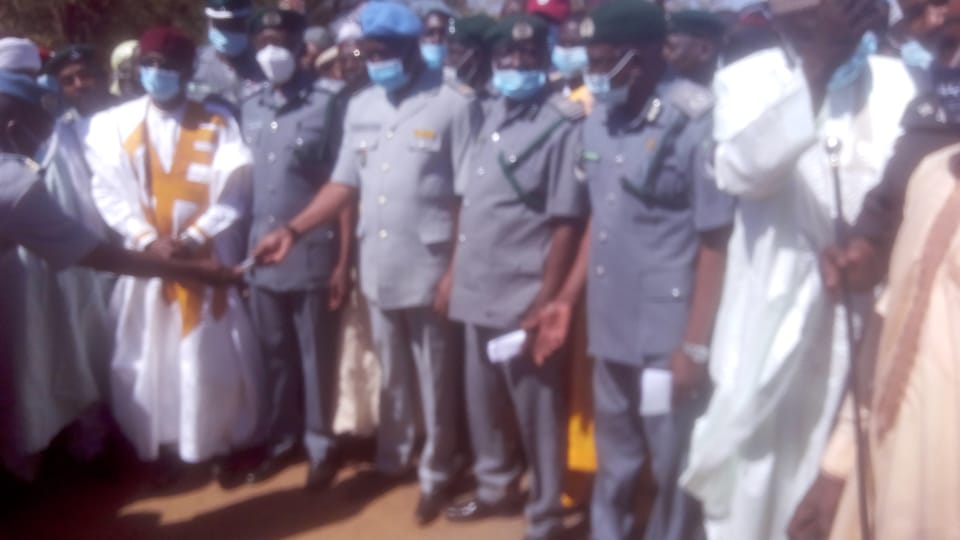 The people of Illela in Sokoto state have been jubilating as the border linking the town with Niger republic was reopen by the Nigerian Customs Sokoto/Zamfara Command.

Speaking during a short ceremony before the official opening of the border post, the Controller of Customs in charge of the Sokoto command CAC Abdulmajeed Ma’aji said though the boarder is opened, the ban on rice importation and other contraband items is still in force.

He said the Nigerian Customs Service (NCS) is making efforts to ensure good atmosphere of trade between people of the Economic Community of West African States (ECOWAS) Countries along approved Nigerian land borders.

It could be recalled that the Nigeria/Niger Republic, Illela Border Post in Sokoto State was closedown some times last year following the order of President Muhammad Buhari.

Stallion Times correspondent in Sokoto who was at the Nigeria/ Nigeria Republic border post reports that residents from both countries were seen celebrating the reopening of the border in anticipation of improved economic and social activities.

The Zonal Area Comptroller of Nigeria Custom Service, Abdulhamid Ma’aji stated that the decision to reopen the border post was to comply with the directives of the President Muhammadu Buhari on the reopening of border post with immediate effect.

He reminds travellers through the border that the banned on the importation of rice and other essential commodities is still in force as such they should make sure they abide by the federal law.

The CAC further advised resident communities, travellers and traders using the border to abide strictly with the rules and regulations guiding their trips and businesses.

He charged travellers along ECOWAS countries to desist from habits of importing and exporting goods items such as rice, medicament and cooking oil among others.

He appealed to the border communities to support the Nigeria Customs Service with relevant and intelligent information that would assist the officer’s and men of the command to manage the border post affectively.

In his remarks, the Command Officer in charge of ICT, DSC Shattima Abagana, advised traders transacting business to acquire valid importation documents that would enable them discharge their businesses legitimately.

He urged the traders and prospective people especially those willing to start trading along ECOWAS countries to contact the NCS command for further guidance to achieve the desired goals.