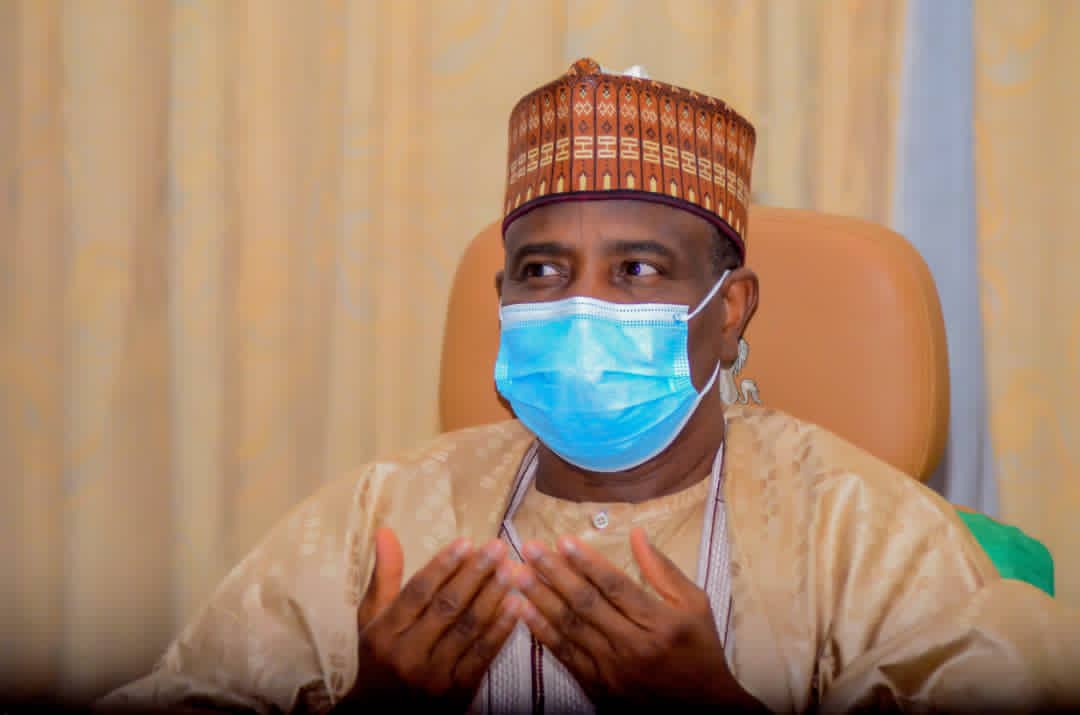 Gov. Aminu Waziri Tambuwal of Sokoto State has directed the state’s task force on Covid-19 to amplify media campaigns in nooks and crannies of the state in order to checkmate the spread of the pandemic.

According to him, the pandemic, which trend was slightly rolled back in the past few months has again bounced back with the same ferocity it debuted, thus the need to keep the people of the state properly informed so that they can do whatever is needed to avoid contracting and spreading it.

“Corona virus is still with us, so the task force must intensify sensitization campaigns to enlighten the people on its protocols,” the Governor said.

He directed the task force to liaise with the state Ministry for Information in order to use the States owned media in prosecuting the enlightenment campaign.

In his brief to the council, the state Commissioner for Health, Dr Ali Inname, said as at Dec. 6, 17 confirmed cases of the disease died while 331 were confirmed positive and 238 cases were discharged.

He said although the discovery of five types of vaccines worldwide have assuaged the fears of the spread of the disease, the dual challenges of the high cost of the vaccine and the logistics of cooling it pose a serious problem for countries like Nigeria and Sokoto as a state.

Despite his optimism that the problem can be surmounted, Dr Inname cautioned that Nigeria “have to decide and prioritize the best vaccine that is safe and cost effective.”