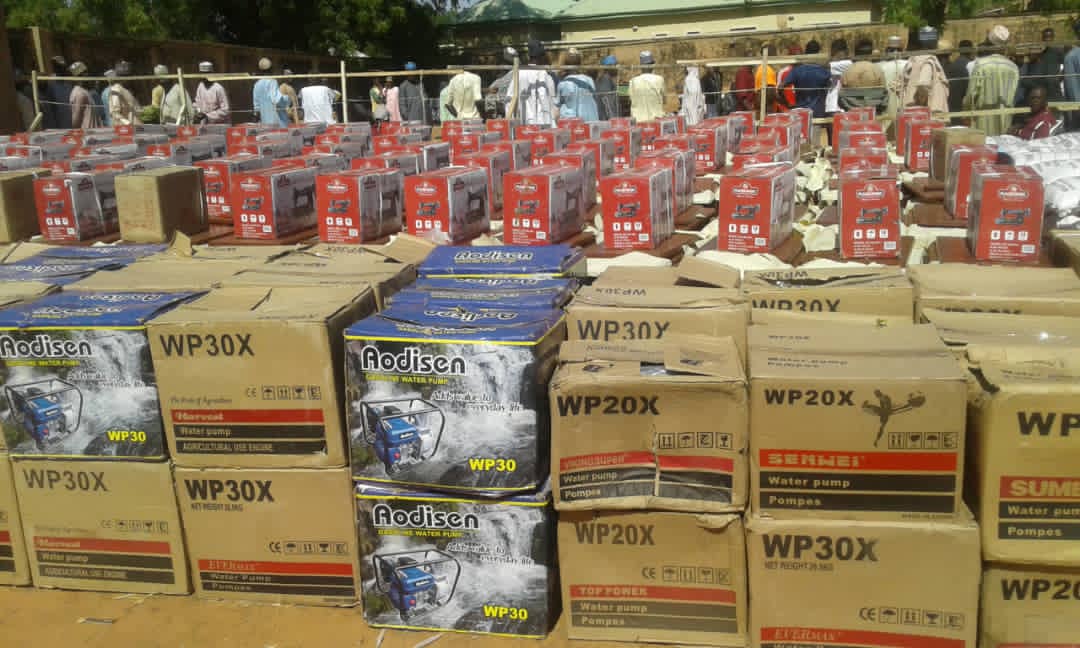 A Member of the House of Representatives’, representing Yabo and Shagari Federal Constituency, under the platform of the All-Progressives Congress (APC), Alhaji Abubakar Umar, on Tuesday, empowered no fewer than one thousand of his constituents with various items and cash.

The items distributed were two hundred pieces each of water pumping and sewing machines, as well as bags of maize.

Speaking at the ceremony held in Yabo, headquarters of Yabo Local Government, the Leader of the Party in the state, Senator Aliyu Magatakarda Wamakko, commended the donor for the gesture.

Wamakko, who represents Sokoto North Senatorial District, disclosed that, the gesture was in line with the ideals of the APC, which upholds the integrity and honour of Nigerians.

He also urged leaders of the party in the state to sustain their credible and laudable leadership styles.

Wamakko also called on the people of the Sokoto, who have sustained their support to the party, to maintain their support.

He lauded President Muhammadu Buhari for excellently leading the country, stating that, no fewer than thirteen intervention programs have been initiated by the Federal Government.

This, Wamakko, explained, was in the bid to alleviate the suffering of the Nigerian masses.

Also speaking, the State APC Chairman, Alhaji Isa Sadiq Achida, said that, Umar, just like other elected officials of the party are following the dexterous footsteps of Wamakko.

Achida, who described Wamakko as an indefatigable and selfless leader, adding that, the party has been successfully thriving due to Wamakko’s unequalled benevolence.

The donor, Umar, who also extolled the sterling leadership style of Wamakko, said, “we are just trying to emulate him in our own little ways.”

The MP also said that, the gestures were aimed at further alleviating the suffering of the beneficiaries, as well as curb the menace of unemployment and poverty.

The Caretaker Chairmen of APC in Yabo and Shagari Local Governments, Alhaji Bello Danmaliki and Alhaji Abubakar Sardauna, respectively, disclosed that, Umar has also pledged N 2millon worth of projects in each of the twenty-two political wards in the area.