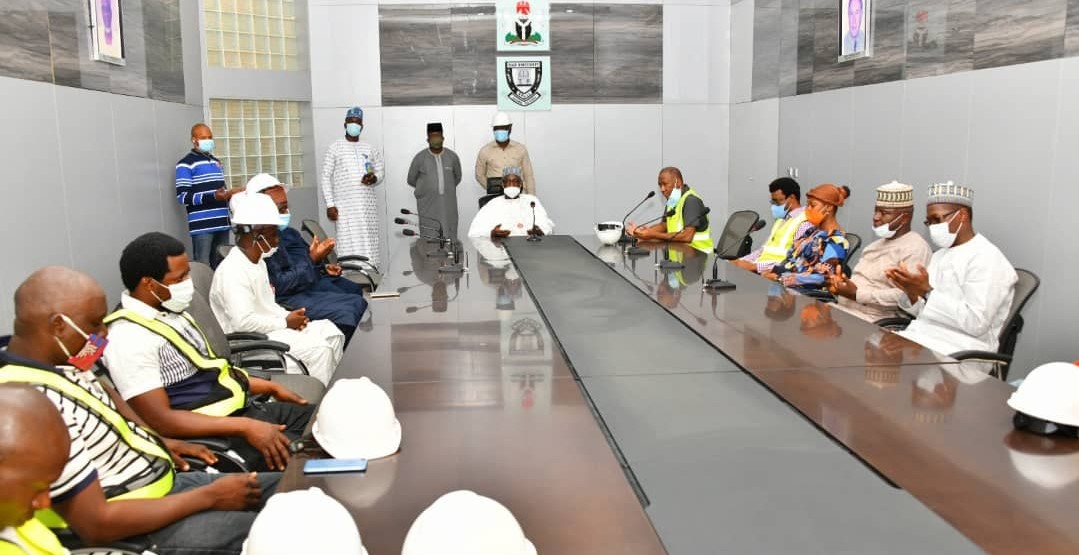 Governor Abubakar Sani Bello of Niger State and Chairman North Central Governors Forum has attributed the astronomical rise in the number of unemployed, underemployed and unemployable graduates in Nigeria to the kind of unskilled and half-baked graduates churned out yearly by the nation’s tertiary institutions.

The Governor’s Chief Press Secretary, Mary Noel-Berje said he made the assertion during a familiarization visit to Baze University Abuja, a private tertiary institution founded and established by Senator Baba Ahmed Datti.

Governor Sani Bello noted that, because the country’s labour market was saturated with too many unemployed persons, it becomes expedient on the nation’s citadel of learning to redirect their focus towards entrepreneurship and skills acquisition programs in order to produce self-employed and employers of labour.

According to the statement, the governor reiterated his call for repositioning of Nigerian schools’ curricular in favour of entrepreneurship and skills acquisition through the reestablishment of Technical Schools and Colleges across the country.

The Governor, who commended the standard and quality of work at the site of the university’s Teaching Hospital, expressed satisfaction with the progress and development of the institution which he attributed to the doggedness and resilience of the founder.

“I remembered when Senator Baba Ahmed confided in me that he wants to start a university, I never doubted his capabilities because right from our days in the university he sets his goals and chart course to achieve them with commitment and dedication. He is, indeed, a goal-getter”.

He admitted that Senator Baba Ahmed has put up a lasting legacy with the establishment of Baze University Abuja but advised that a workable system must be put in place to guarantee the sustainability and affordability of the institution.

“Niger State Government is ready to establish a mutually beneficial partnership with Baze University in the areas of Education, Health and Environment in view of the institution’s track record in the pursuit of academic excellence for growth and development,” he added.

Earlier, Founder of Baze University Abuja, Senator Baba Ahmed thanked Governor Abubakar Sani Bello for the visit and solicited partnership of the Northern Governors Forum with the institution across multifaceted sectors for overall development of the region.

He disclosed that the Baze University Teaching Hospital, when completed, will not only provide quick and professional services but also produce highly disciplined and qualified students within the line of Medical and Health sciences.

Baze University Abuja, since inception in 2008, has graduated 1500 students adding that 30 out of the institution’s 31 graduates who proceeded for their postgraduate studies in the UK obtained distinction, an enviable record unrivalled by any institution in the country, the Senator stated.

He appealed to the states and Federal Government as well as other major stakeholders in the education sector to assist the university in the areas of security, roads and sponsorship of development researches for the socioeconomic prosperity of the country.