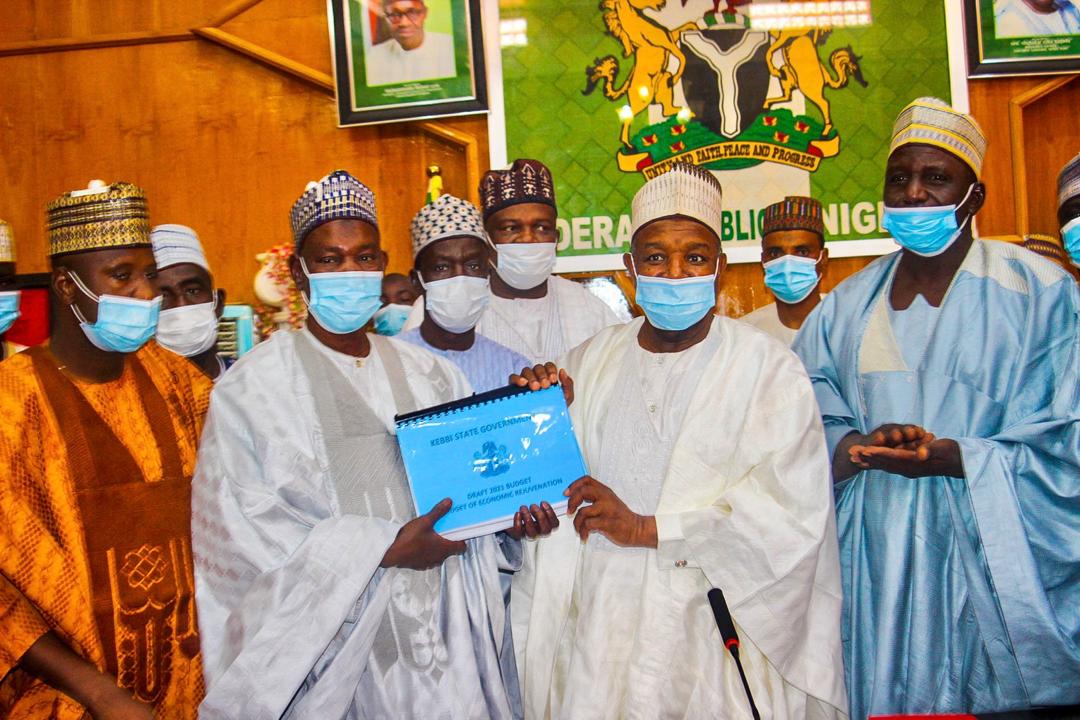 Bagudu had on November 25, 2020, presented the Appropriation Bill to the State House of Assembly for its approval.

Speaking at the historic event, Bagudu commended the members of the State House of Assembly for their unparalleled sacrifices for passing the bill into law, during the public holidays.

The Governor also said: “It is highly commendable that, they sacrificed their holidays and performed this important civic duty.

“Indeed, you have put the interests of the state, above any other personal interest.”

Bagudu further acknowledged that, the members have always demonstrated an unwavering commitment, saying, “the passage of the budget before the end of the year is remarkable.

He also lauded the efforts of other key stakeholders like the​ Commissioner of Budget and Economic Planning and his team, as well as other members of the state Executive Council who worked tirelessly to see to the realization of the 2021 budget and prayed that the budget would be better than the 2020 budget.

The Governor however recalled that, the outgoing 2020 fiscal year had been a pretty difficult and an intricate one.

This unforeseen development, he further noted, was occasioned by the ravaging global coronavirus pandemic, as well as other unforeseen local factors like the devastating flood disasters recorded during the year.

Bagudu expressed happiness that, his administration had weathered the storm, hence, delivered the direly needed dividends of democracy to the teeming people of the state inspite of formidable resource limitations.

The Governor also acknowledged the exemplary performance of President Muhammadu Buhari, the Leader of the All-Progressives Congress (APC), which had bolstered the welfare and comfort of Nigerians.

“President Muhammadu Buhari has led us very well and he has been able to deliver the dividends of democracy to Nigerians,

“Yet, we need more resources, in the bid to make life better for the electorate in the country and fulfil more of our promises,” Bagudu, added.

Earlier, Speaker​ Kebbi State House of Assembly, rtd Hon. Ismail AbdulMumin Kamba had explained that, the House worked round the clock, to ensure the speedy passage of the budget as promised.

He said, “We were able to fulfill our pledge of passing the budget speedily, without​ compromising due diligence.

“We will sustain our cooperation with the Executive and Judiciary Arms of Government to take Kebbi State to a​ greater heights.

The speaker therefore appeal​ to the Governor Bagudu to sustain his commendable efforts of providing credible, transparent and honest leadership to the state.

The epoch-making event was witnessed by members of the State House of Assembly, the Deputy Speaker, Hon Muhammad Buhari Aliero, the Majority Leader, ​ Hon. Faruk Aliyu Nasarawa Jega, Commissioners and local Government Chairmen among others