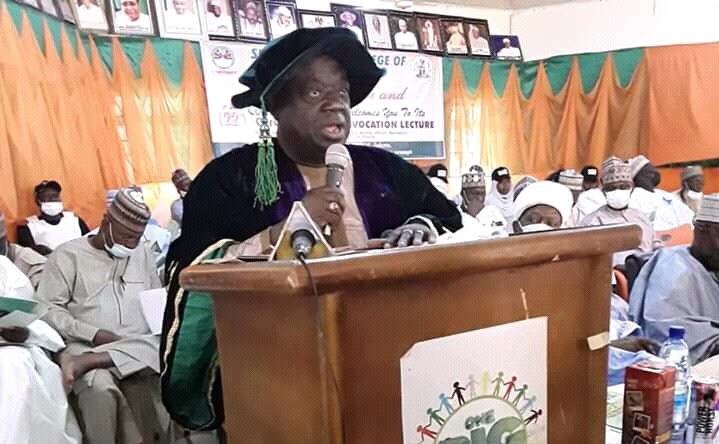 Former Governor of Niger state, Dr. Babandiga Aliyu has said that on paper, our governments have been serious in trying to pay attention to education but in reality, there is no political will to do the needful.

Delivering a paper titled “The Place of Colleges of Education in the Development of Nigeria” at the 50th anniversary of the Shehu Shagari College of Education, Sokoto, he noted that no government was allocating beyond 10% of its annual budget to education in the country.

“The total budget in Nigeria is N13.5 Trillion and the deficit built is N5.196 trillion while the debt servicing in the budget is N3.32 trillion. You deduct N8.516 trillion from N13.5 trillion, you are left with only N4.983 trillion to service all the federal government’s commitments including recurrent and capital services.

“The states also have their own deficit and debt to service.

“It is therefore, very easy to appreciate why the successive governments in Nigeria failed to reposition the education sector in general.

“It also appeared that there was deliberate de-marketing of Colleges of education by making them seem to be the last resort for those who failed in their areas of choice,” he alleged.

According to Aliyu, this was the time for governments at all level to pay attention to education and teachers in Nigeria.

He stated that “our country is classified as a third-world country, while the outgoing President of the United States of America described it as a ‘shithole’ all because of the level of our education, our leadership selection process, its quality and the hypocrisy of the leaders, in addition to corrupt practices.

He prayed for governments that might declare emergency on education for a specified period of time to ensure no child was left out of the classroom.

The former Governor who is an alumnus of the college, advised that teaching must be adequately professionalized to attract the right people with an attractive and differently salary scale.

“Teachers should be made to feel special and well respected in the community,” he said

He further advised that teachers unions must become more of professional organization than a trade union while colleges of education must get the needed attention and funding.

He suggested that teachers must go digital and the best trained should be retained.