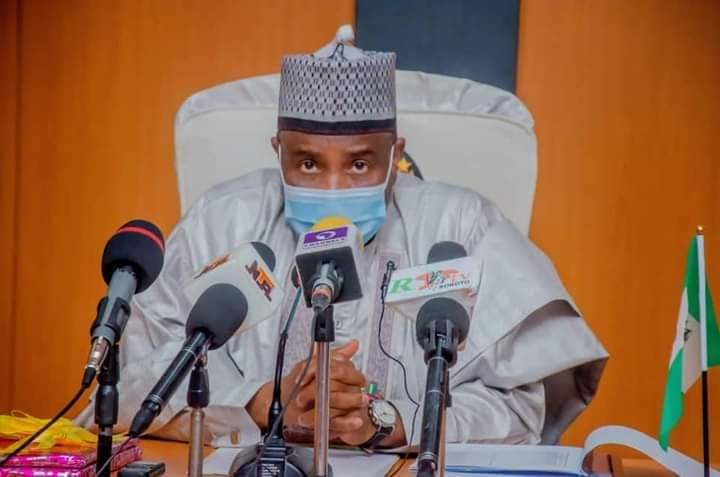 He said the feat shows the commitments and patriotism of the state legislators in the discharge of their mandate to the people of Sokoto state, saying that: ”you have properly demonstrated very uncommon patriotism devoid of partisanship.”

The Governor further commended them for putting head together for the common man in the state irrespective of party differences, urging them to continue working together in that direction.

The Governor also thanked the state civil servants for their hard work and commitment in discharging their responsibilities.

Tambuwal used the occasion to call on people of the state to adhere strictly to the Covid-19 protocols as the second wave of the virus emerges.

Earlier, the Speaker of SOHA, Rt Hon Aminu Muhammad Achida, said the 2021 budget was passed into law after deliberations and careful scrutiny.

He said the House did not add or reduce the N176, 685,535,643:47 budget presented to it by the Executive arm of Government, emphasizing that the state legislature was highly impressed with the achievements recorded by the executive in the implementation of the 2020 budget.

He said despite the financial challenges in 2020 the budget, many successes were recorded in education, healthcare and rural development among others.

The Speaker assured the governor that the state legislature will ensure speedy passage of any bill aimed at improving the living condition of the citizenry.