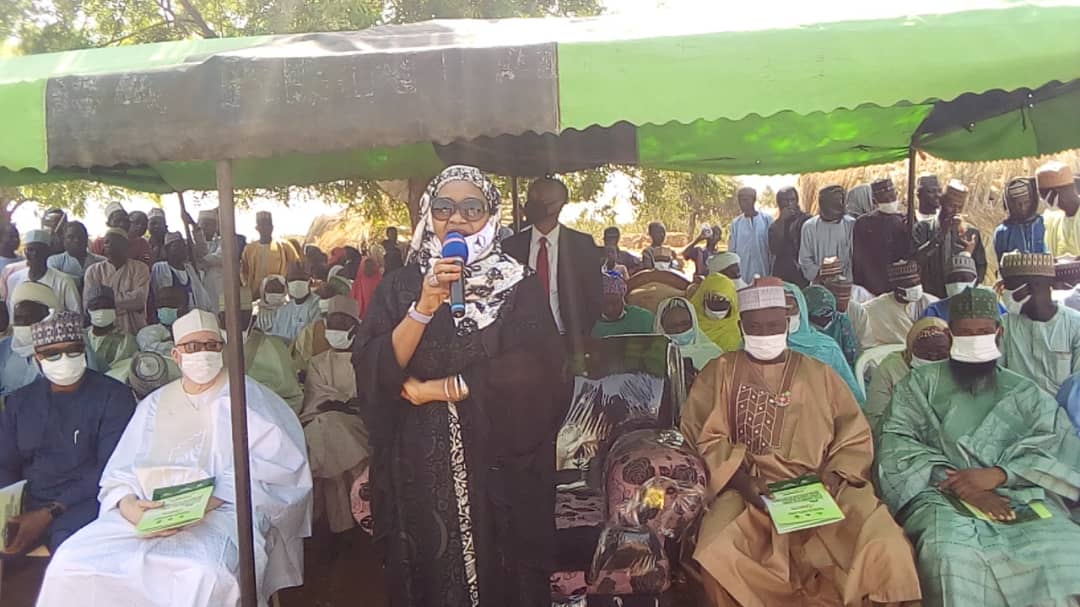 In an Efforts to​ diversify the economy, improve and enhance livestock​ value chain production in the state, Kebbi State Government has flagged off the​ distribution of livestock to 2,778 pastoralists under the Accelerated Agricultural Development Scheme (AADS) at Hulkui Fulani settlement in Maiyama local government area.

Speaking at the occasion the state Commissioner of Animal Health, Husbandry and Fisheries, Alhaji Aminu Dandiga, said the government was committed to the diversification of the economy and increasing internally generated revenue (IGR) of the state.

Dadiga explain that the  programme is in partnership with Mass Literacy Programme and Almajiri Initiative (MALPAI foundation) with 2,778 beneficiaries in the state under the accelerated agricultural development scheme.

Dandiga inform the gathering that state government is constructing yoghurt factory at Bulasa, in Birnin Kebbi, adding that if completed it would produce 1,000 liters of milk every day, which is also expected to generate N1.6 billion naira every year.

Dandiga also explain that “About 10 milk collectors have been put in place with motorcycles and milk cans to collect and transport the fresh milk from villages to livestock investigation and breeding centre for processing.

Dadiga added that, 500 beneficiaries would be empowered with animal feeds and N40,000.

“The repayment will be done with two liters of milk through the milk collectors who were earlier provided with motorcycles by the state government.

“We have also provided 17 rooms whereby each is of the rooms where equipped with two solar freezes, to store the unsold milk,” the commissioner added.

In her remarks, shortly after she Flagg off the distribution, the wife of the state Governor Hajiya Aisha Bagudu, who is also the founder of MALPAI Foundation said the pastoralists were trained on local yoghurt, with the aim of impacting the knowledge to others.

“We want to make the roaming around pastoralists sedentary; and we want the people to meet them in their settlements in order to buy their products, not necessary taking them to markets”

“This is just like ranch system the Federal Government is trying to establish, and that is what the governor is trying to do”

Bagudu noted that the animals’ kits and feeds would be granted to them as loan, explaining that,” only if they repay back, other people will benefit.”

The wife of the governor therefore urged the beneficiaries to utilise the gesture for the purpose it was meant for in order to improve their socio- economic well-being.

Meanwhile the Chairman of Maiyama Local Government, Alhaji Zayyanu Bello, commended the wife of the governor for her passion and efforts to better the lives of pastoralist communities in the state.

“We also commend Gov. Atiku Bagudu for his agricultural drive and efforts to ensure that 2,500 hectares of land are being cultivated here in Maiyama in order to diversify our economy,”

Zayyanu urged all the beneficiaries to utilize the gesture so as to increase their economic status and better the lives of their families.