Emir of Bichi Urges FG to Make Security a Priority 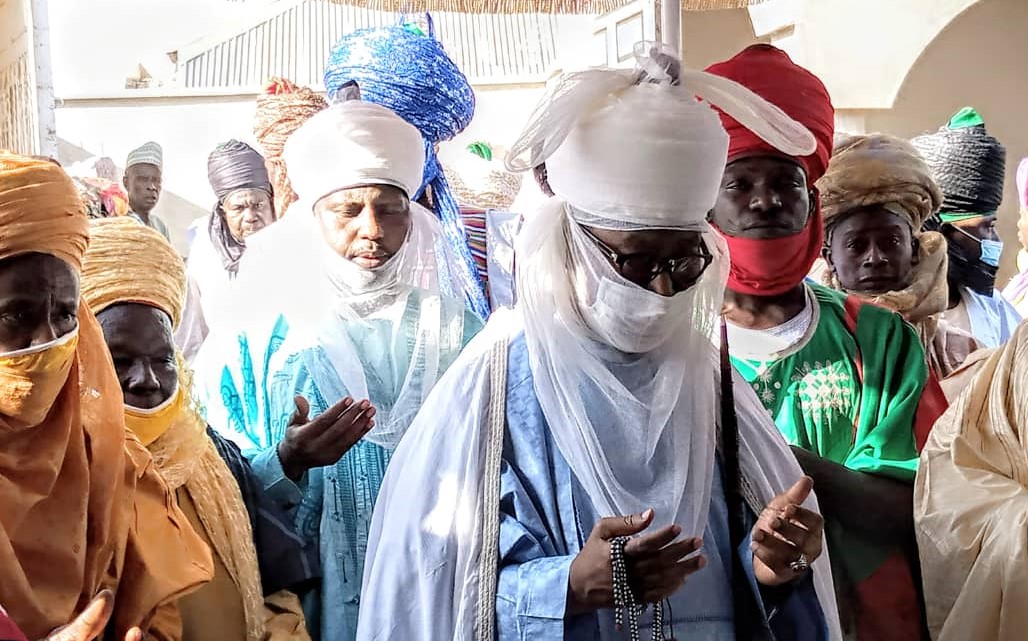 The Emir of Bichi, Alhaji Nasiru Ado Bayero has charged federal and state governments to face the security challenges of the country.

The Emir made the call when he paid a sympathy visit to the people of Minjibir Local Government and the family of a businessman, Alhaji Abdullahi Kalos who was kidnapped in Minjibir last Tuesday by a gang of kidnappers.

Alhaji Nasiru Ado Bayero said there is need for the all tiers of government in the country to put their heads together in order to over come the security situation in all parts of the country.

“Its the responsibilities of leaders to protect lives and properties of citizens in their domains, it now needs serious attention by the government and all the security stakeholders in the country,” the Emir said.

He sympathized with the family of the kidnapped businessman and entire people of Minjibir LGA and prayed to Almighty Allah for his intervention.

The Emir reaffirmed his determination to support any move that would assist in ending the current banditry, kidnapping and other criminal activities across the country.

On his part, the Divisional Police Officer (DPO) of Minjibir police station, Chief Superintendent of Police (CSP) Muhammad D. Gwarzo said the incident started around 2:00am on Tuesday and they spent long time exchanging fire with kidnappers before they succeeded in pushing them away from the town but later, the police realized that the kidnappers had gone away with the businessman, Alhaji Abdullahi Kalos.

CSP Muhammad D. Gwarzo told the Emir that no live was loss during the incident and all the guns at the stations are intact and pray for the abducted businessman to be release in good health.

Earlier, the son of the Abducted businessman, Dayyabu Abdullahi Minjibir said they are still confused because they don’t know the condition of their father and thanked the Emir for the visit.

Dayyabu described Emir of Bichi Alhaji Nasiru Ado Bayero as a good and exemplary leader who cares about his people and urged other leaders to emulate him.

At the time of filling this report, the abducted businessman is still in custody of the kidnappers and they have not communicated with family.

Christmas: A Unique Season and a Time to Stay Safe