Menu
Home News Ending Banditry and Kidnappings in the North: Some Reflections on the Niger Delta Amnesty Program
News

Ending Banditry and Kidnappings in the North: Some Reflections on the Niger Delta Amnesty Program 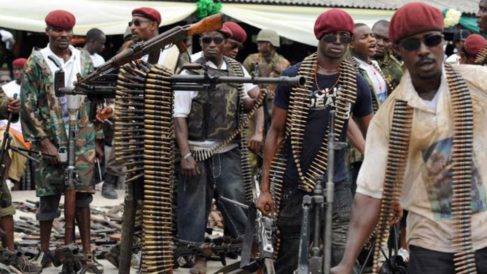 For decades crude oil and natural gas proceeds from the South-South have been the oxygen sustaining the post- Nigerian civil war economy. Against the backdrop of the Yom Kippur War of 1973, the cost of a barrel of crude catapulted from $2 to $12.

The rest became history until Sunday, April 22, 1990 when Lt. Col. Anthony Nyiam, Majors Gideon Orkar, Saliba Mukuro, Cyril Obahor and Captains Harley Empere and Sowaribi Tolofari embarked on what has come to be known in our political history as the Niger Delta Coup. Though unsuccessful it marked a critical turning point in Nigeria.

The motivation of the coup was partly premised on oil revenue allocation – derivation was then at 2%. Lest we forget, it was 50% during the First Republic but had reached 13% by 1999 when the military exited.

The main legacy of the April 22 rebels was the progressive militarization of the Niger Delta by state and non state actors. Swaths of the South-South became a gangster’s paradise characterized by widespread banditry, wanton violence and recurrent kidnappings. Elections took place with bullets instead of votes!

By 2007, when Umar Yar’adua came into office with a 7-point agenda he promised a Niger Delta summit within his first 100 days in office. He delivered, but unknown to Mr. President as far back as 2002, 3 former governors of the South-South had sponsored the setting up of Movement for the Emancipation of the Niger Delta (MEND). These governors also financed the large-scale theft of arms and ammunitions belonging to the Nigerian Army from mainly the Ordnance Sub Depot in Jaji and Ordnance Field Park at Calabar.

The details of this grand larceny were contained in the report of the Board of Inquiry convened by Army chief, Luka Yusuf. Subsequently, a major and 5 other ranks found complicit in aiding and abetting MEND were sentenced to life imprisonment in August, 2008.

All that was however swept under the carpet under an amnesty deal aspect known as cash- for- arms. The attached image is during one of such exchanges. Simply put, the Federal Government paid MEND and other militias for returned arms and ammunitions they had stolen from the Nigerian Army!

Are the bandits and kidnappers that have made many parts of North ungovernable also deserving of an amnesty program?

Under Yar’adua’s Amnesty Program the Niger Delta militants were officially forgiven for all their attacks on the military, kidnappings of fellow Nigerians and hostage taking of foreign oil workers and possession of illegal arms and ammunitions. The bottom line was that peace returned, the derivation percentage increased and NDDC massively empowered. Oil production fully resumed and the former militants smiled enmasse to the bank.

Others were the men and officers of Gawei Group of Obotobo, 12 Fighting Battalions led by Tamunegiyeiofori Proby alias Egbele and Ferdinand Amaibi alias Busta Rhyme with the Ugbeberi Islanders including Kile Selky Torughedi alias Young Shall Grow, lest I forget Government Ekpemupolo alias Tompolo of Camp 5, Ateke Tom and Farah Dagogo among many others who as they emerged out of the creeks were so generously paid, fully rehabilitated and integrated as legitimate business and private persons in the Nigerian polity.

Okah of MEND who had in just one exchange of many returned 2000 G3 rifles, 600 AK 47s and 40 General Purpose Machine Guns including 2 Rocket Launchers to the Rivers State Government for cash, was on November 14, 2009 escorted to Aso Rock Villa by Admiral Okhai Akhigbe, a former Nigerian number two under Abdulsalami Abubakar and a onetime Naval chief alongside Nobel laureate, Wole Soyinka for an audience with Mr. President.

The meeting put finishing touches on the entire amnesty program and details of Yar’adua’s visit to Port Harcourt where a Town Hall Forum that would have taken place on November 28 and 29. Unfortunately, the leader’s health had so deteriorated that he had to be flown to Saudi Arabia on November 23.  Regardless the whole of Nigeria keyed in.

By and large, the Niger Delta Amnesty Program was a huge success. The agitation in the oil rich region started as a genuine political grudge before becoming wholesale criminality bordering on treason.

There was also the effective use propaganda to blur the fundamental issues at stake. How many Nigerians are aware of the detailed financial windfall arising from the 2002 Supreme Court judgement on On-shore/Off-Shore earnings to the Niger Delta region?

For instance; “In 2008, the allocation to Akwa Ibom state alone was N204.5 billion, which was more than the allocations of N176.2 billion to the 5 states in the South-East and more than the N198.4 billion allocated to the 6 states on the North-East while the 6 states in the North-Central of the country also got N197.2 billion for the same year under review.”

That notwithstanding the need to stem the tide of banditry and kidnappings in North-West and Central before it is incorporated by the insurgency in the North-East cannot be overemphasized. The whole of Nigeria must therefore key in to find a sustainable solution.

Can Your Mobile Phone be a Safety Tool for You?