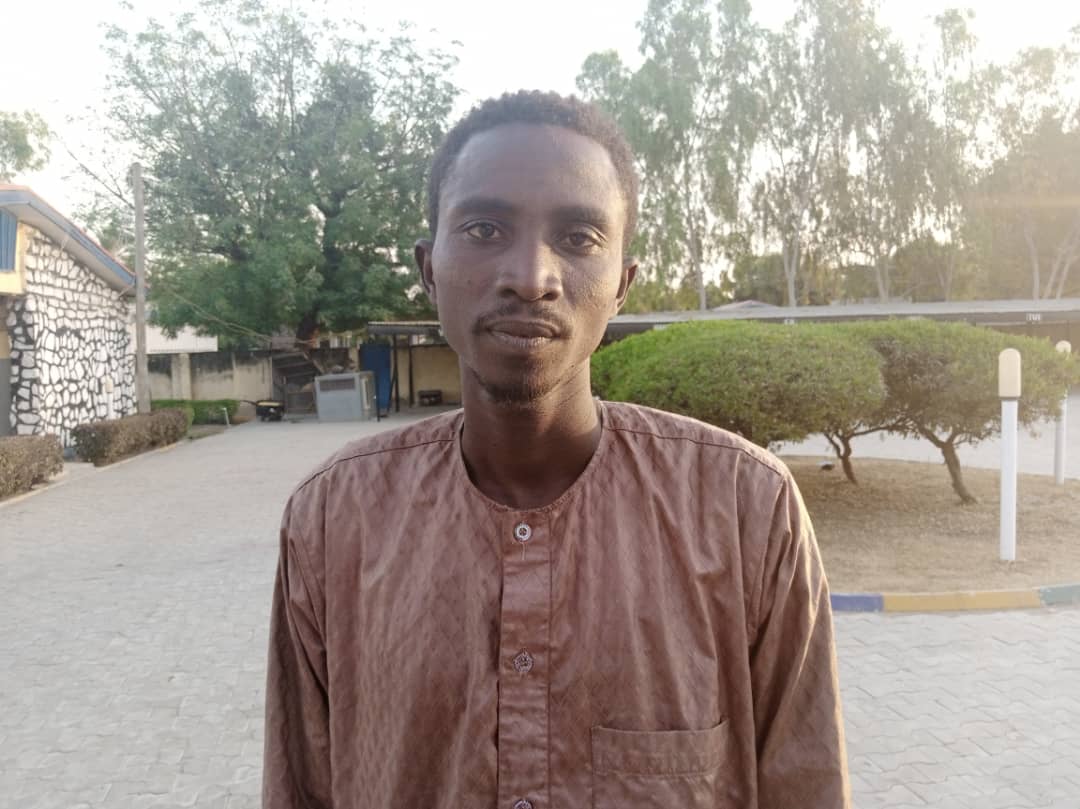 According to the statement, on March,25th 2020 around 11.30 pm, a complaint was received from one Musa Muhammad of Hotoro Quarters Kano, Manager of Ahmad Musa Sports Centre Kano, that one Gambo Yakubu, of 30 years old of Brigade Quarters Kano, a former worker at the said Sports Centre, was presenting himself as Ahmad Musa and duping people under the guise.

‘’On receipt of this complaint, the Commissioner of Police Kano State Command CP Habu A. Sani, psc raised and directed a team of detectives led by CSP Abdulkarim Abdullahi to arrest the culprit,’’ said the statement.

‘’On the 20/12/2020, the suspect was arrested and freely confessed to have defrauded more than fifteen (15) innocent citizens by collecting money from them pretending to be Ahmad Musa, selling forms at Five Thousand Naira (N5000) each to youths who want to play football abroad. He collected over Seven Hundred Thousand Naira (N700,000:00) and spent the money in Hotels on his girlfriends in the Sabon Gari area of Kano.’’

‘’On receipt of the report, the Commissioner of Police Kano State Command, Habu A. Sani, immediately raised and directed a team of Operation Puff Adder led by DSP Shehu Dahiru to arrest the culprits.

The statement revealed that all the accused are of the same address and neighbours to the deceased, adding that upon investigation, the father confessed to have directed his three Sons and his Grandson to kill the victim on allegation that the deceased is a suspected kidnapper.

‘’The suspects confessed they used Machetes and Bamboo Sticks to hack the victims to death. ‘’

Investigation is in progress for the arrest of the remaining culprits.

The suspects will be charged to court after completion of investigation.