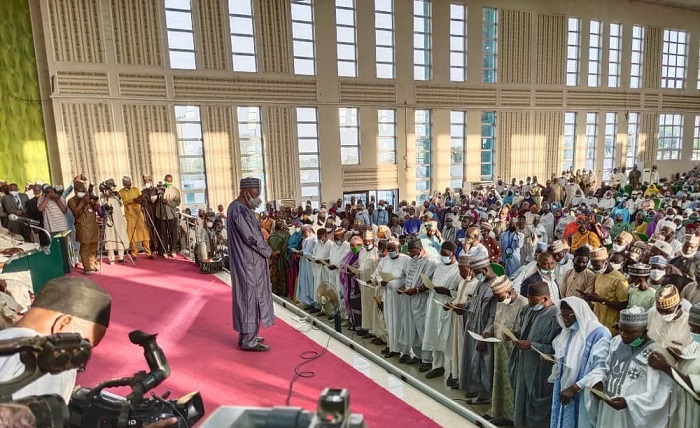 In an effort to strengthen and boost the morale of the ruling All Progressives Congress (APC) in the forthcoming local governments election in Kano state, slated for January, 2021, Governor Abdullahi Umar Ganduje pledges to award the best performing local government in the election.

The Chief Press Secretary to the Governor, Abba Anwar in a signed statement, said the Governor made the promise during the inauguration ceremony of APC’s state and local governments Caretaker Committees, held at Coronation Hall, Government House, Kano, Tuesday, as directed by the national body of the party recently.

“Bearing in mind that some local governments have more population than others. We will still have our criteria to measure the best performing ones,” he said.

While reminding the new Caretaker officials that, they were being inaugurated based on the directive given by the national Headquarters of the party, he commended their effort in further strengthening the party structures at the state, local government and wards levels.

According to the statement, Ganduje ordered those who were inaugurated as caretaker officials of the local governments should inaugurate those at the Wards level.

Abdullahi Abbas, the State Chairman of the Caretaker Committee commended the governor for the confidence he (governor) reposed in them as party officials from state down to ward level.

“Your Excellency we are assuring you that we will our best to see that we perform very well during the forthcoming elections in the state,” said Abbas.

While assuring the governor and other party leaders and faithfuls, who gathered at the venue of the event, and looking beyond the January 2021 local government polls, Abbas pledged that the party would wax stronger after the 2023 general election.

Ganduje and the Blabbering of an Imposter