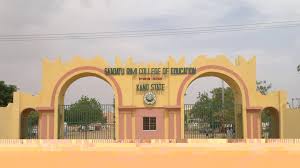 Learning remains a continuous process as far as life goes on. However, there are certain situations that may prove this saying wrong. Such a situation was the Covid-19 outbreak recently experienced by the whole world, learning is quite interesting and beneficial but, in a situation, where everyone has to sacrifice their lives for learning. Then the question is, who will live to make the knowledge function?

Another major issue is the issue of insecurity in the Northern Nigeria which every resident has become aware of, and it is against this backdrop of insecurity that the government declared schools closed.

On Wednesday, 16th December, 2020 government directed that all schools be closed.

On the other hand, the students of Sa’adatu Rimi College of Education Kumbotso, Kano, attacked the school management for carrying out that order amid first semester examination generated reactions from students; students resorted to confrontation, turning the existing peaceful atmosphere of the Yan lemo axis of Kumbotso local government area to a violent one.

Their claim was that the closure of school in the name of insecurity by the government would not suffice as an excuse.

A student (name withheld) said they all came to school on this fateful day to write their examinations, after a long wait for invigilators and supervisors, a set of students came in with the school’s closure information. This got them angry, because it came without notice.

He said students started discussing in groups, lamenting on the situation, in what seemed like directed movie, stones and objects of different sizes started flying accompanied by verbal and vulgar words carefully composed in stanzas turned situation into violence.

He, however did not take sides with either the students or constituted authorities of the school.

This hullabaloo which could have led to people sustaining various degree of injuries, vandalization of government properties and probably loss of lives if not for the intervention of security operatives, shows the level at which our people accord great importance to western education for them not to have welcome the closure directive capable of causing set back to their academic pursuit.

On the other hand, a senior lecturer at the Department of Economics, who choose to be anonymous said a notice of school closure was issued by the management.  He further stated that they demonstrators we’re not students of SRCOE, they are interloper residents from the neighbouring Na’ibawa community.

No property got missing or vandalized as security operatives swiftly contained the situation within and outside the school premises on that fateful day.

All efforts in attempt to get the Ministry for Higher Learning to comment on the situation failed.

It is advisable for those at the helms of affairs or in authority to be proactive on issues of security…..taking a path of dialogue to resolve vulnerable matters of such nature on campus breeds peace.