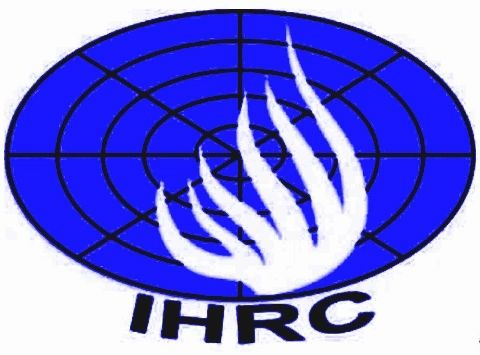 International Human Right Commission (IHRC) Geneva, Switzerland, Nigerian Committee has advice Nigeria’s government to listen to voice of reason that provides alternative options in dealing with the devastating security situation in the country.

This is coming amidst incessant kidnapping and mass abductions at various locations in the country particularly in the northern part.

While IHRC was extremely pleased with the release of the 344 students of Government Science Secondary School (GSSS), Kankara in Katsina State it’s shocked that armed men last weekend (Saturday 19th December, 2020), also ambushed pupils of an Islamic school in Dandume Local Government Area of the state during and abducted 80 of them.

The Zonal Coordinator, Northwest- Nigeria, Adamu S. Ladan in a signed statement, Tuesday, said though IHRC commends the combined efforts of security operatives and local vigilantes for promptly securing the release of the captives we should not also lose sight on the many more hostages remaining in the hands of terrorists having been abducted from their homes, villages, schools or even on the roads.

“In this direction IHRC wants see more intensified efforts on contacts to ensure release of such captives to their families safely and ensure that their abductors do not escape justice,” the statement added.

The statement further calls on Nigerians to unite to defeat terror than doing anything that could embolden it, IHRC further advice the government not allow Public lose confidence on its ability to deal with the situation through these unabated spates of attacks on civilian populations.

According to the statement, IHRC wants to see the government embrace new approaches that address the specific political, economic, and social challenges that encourage banditry or terrorism in general, and the potential solutions that reduce them as the most reliable way forward.

Also, the IHRC wishes to encourage the government rekindle the dialogue processes which began long ago and the subsequent ones introduced by some state governments in a more sincere, honest and cohesive manner.

IHRC therefore, reiterates the call for the Nigerian government to embrace the civil society as non official stake holders in the quest to achieve greater transparency in the fight against the insecurity and attainment of sustainable peace in the region.

It is IHRC considered opinion that the peace option would save the country further stupendous spending on prosecuting the war that sown more loss of lives and property.

Ganduje and the Blabbering of an Imposter