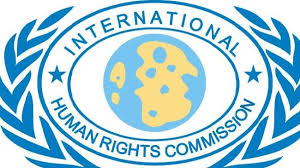 Below is the full text of the statement:

is strongly saddened that not much progress has been made to free the hundreds of students of Government Science Secondary School, Kankara, in Katsina State, north western Nigeria after almost a week with their abduction by gunmen.

The gunmen suspected to be bandits were reported to have invaded the school’s premises around 11:00p.m. Friday night in large numbers, on motorbikes.

IHRC noted that the gunmen had earlier attacked the Kankara town, injuring many residents though repelled by security forces.

IHRC sympathizes with the Federal and Katsina state governments and in particular families of the students, the school authorities and those terrorized by the incident.

While IHRC commends the various efforts of security agencies in stemming activities of gunmen in the country, it scorned at the poor response in aborting the Kankara incident.

To assuage the anger of the citizens, IHRC therefore calls on security agencies to redouble efforts to speedily bring back the students safely and ensure that their abductors do not escape justice.

In spite of this however, the situation calls for the need to support the government to do more in finding lasting solutions to the intractable problem, and to caution against making any capital out of it. It’s a moment for united action to defeat terror and not to do anything that could embolden the perpetrators.

IHRC however note with regret that despite several official reassurance of responsiveness in rising to the occasion, this incident has further heightened the state of insecurity and brought infamy to the country, moving it to the club of 10 top kidnapping countries in the world and a leading ranking in Africa.

It’s also a matter of concern to IHRC, that banditry violence is fast becoming part of the daily life of populations particularly living in the northwest states of Zamfara, Kaduna, Sokoto, Kebbi and Katsina as well as Niger from the north central.

IHRC notes from credible source that the violence has affected about 21 million people in 35 out of 92 local government areas in these states. By March 2020, record showed more than 210,000 people have been internally displaced with more than 35,000 refugees crossed borders to Niger Republic. In fact, between January and June, 2020 alone no fewer than 1,100 villagers were killed by bandits; and 7,900 more were internally displaced in these States because of the conflict.

In addition to displacement the violence has hampered agricultural activities and heightened the risk of acute food insecurity. Livelihoods have been disrupted; fear and insecurity among the population have increased, with IDPs and host communities competing for scarce resources such as water, land and food.  Protection concerns are heightened for the vulnerable- women, children and the elderly, while security, food and water sanitation and hygiene have become priority needs in the affected areas.

IHRC is further worried about the effects of this on Nigeria’s sustainable development in the light of public safety, capital and investment flight as well as its negative consequences on trade, tourism and Foreign Direct Investment (FDI).

IHRC wish to align with concerned individuals, bodies and institutions on the lack of attention the plights of this region on the national and international media landscape. The media therefore need to do more at providing better understanding of this complex and fluid scene of insecurity to collectively, create a measure of order and security in this region.

IHRC Nigeria mission would in this direction partner with the media to build capacity of journalists to effectively bring to the fore humanitarian situations in the region fairly, honestly, courageously and constructively.

The recent wave of attacks, intimidation and harassment by the armed groups in remote locations on innocent citizens particularly the vulnerable group further indicate that the state of insecurity is by no means neutralized. Rather point to the fact that terrorism is still a potent threat in the country.

The Public confidence on the ability of the government to deal with the situation must not therefore be lost through these unabated spates of attacks on civilian populations such as the Kankara incident. It will indeed be dangerous to allow complacency to develop at this stage.

While IHRC note with appreciation the gain made by the Nigerian government in its pursuit to nib terrorism in the bud, it believes that awareness of the dynamics that drive other societies into similar crises might helped in resolving the crises in Nigeria speedily.

To this end, IHRC wish to advise the government to consider changing its style; and embrace new approaches that work toward a direction of openness to address the specific political, economic, and social challenges that encourage banditry or terrorism in general, and the potential solutions that reduce them as the most reliable way forward.

As a promoter of peace, IHRC in this connection wants reinforce the dialogue option to resolving this over decade long conflict. The government should therefore be courageous at rekindling the dialogue processes which began long ago and the subsequent ones introduced by some state governments in a more sincere, honest and cohesive manner.

IHRC wish to further reiterates the call for the Nigerian government to embrace the civil society as non-official stake holders in the quest to achieve greater transparency in the fight against the insecurity and attainment of sustainable peace in the region.

It is IHRC considered opinion that the peace option would save the country further stupendous spending on prosecuting the war that sown more loss of lives and property.

If only a fraction of the more than trillion Naira spent by the government on prosecuting the war against insurgents and bandits, was devoted in providing the needed infrastructures that would create job opportunities and improve quality of lives the regions would have been transformed, and huge regional progress could have been made.