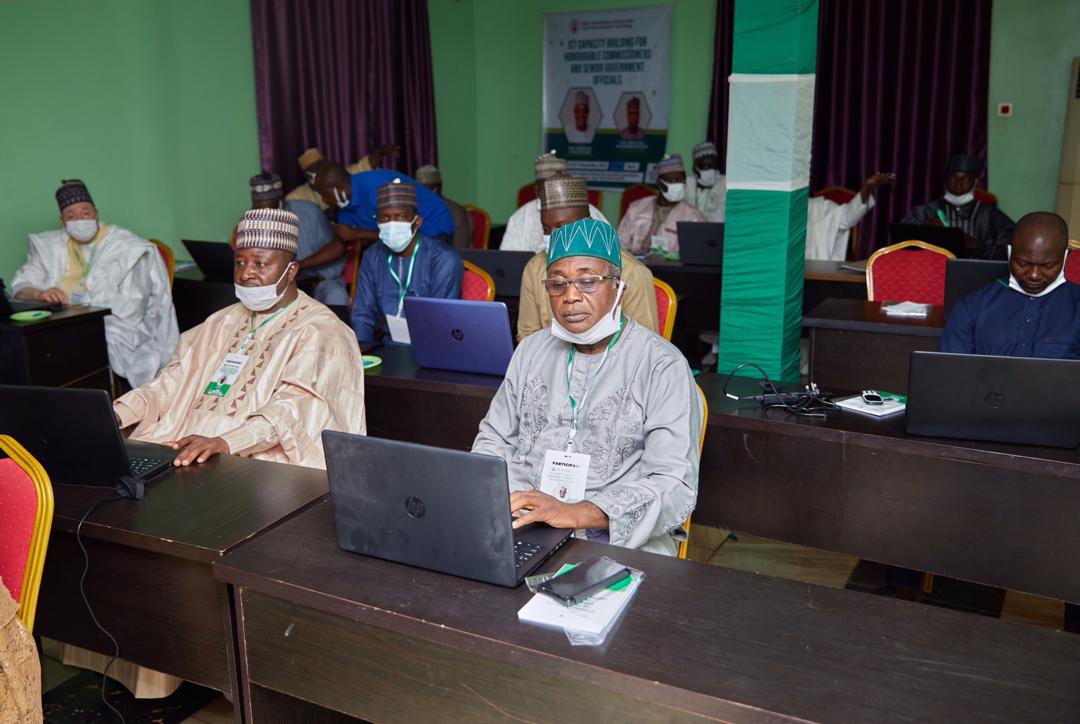 In an effort to key into E- Governance plans for 2021,  Kebbi State Government has begin training of  Senior Government Officials, Commissioners, Special  Advisers,  Permanent Secretaries, Heads of agencies, on Information and Communication Technology (ICT) to enhance their productivity and efficiency in the state’s civil service.

The state Commissioner of Information and Communication Technology (ICT), Alhaji Abdullahi Magoro, while speaking to  newsmen shortly after the flagging – off of the ICT capacity building training in Birnin Kebbi, said the training is part of the E- Governance role out plan for 2021.

He explained that the aim of the training was to put the trainees in a best position to take advantage of various tools that will  help them to improve productivity and efficiency at their work places.

According to Magoro, this is the first time such training is being carried out and this is because, Governor Abubakar Atiku Bagudu has identified some gaps as far as ICT skills are concerned.

“He has given his support for this training to ensure that everyone in government, from the top of the ladder to bottom are empowered with digital skills, to enable the state move forward,”

Mogoro further  explained that  E– governance is providing  information electronically via website for the citizens to have access to information in their various Ministries, Departments and Agencies on the services the provided.

“The trainees have to be trained to be on the same page; to be able them to communicate with citizens using technology,” the commissioner added.

He noted that, the training which  would prepare everyone to be on board, is also going to be a continuous processes  thrice a year.

Speaking at the Workshop, the Commissioner for Lands and Housing, Abubakar Sadiq Yelwa, who was also a participant, commended the state Governor for the  initiative aimed at facilitating the routine conduct of government affairs.

He used the opportunity to caution users of Internet, especially youths, to be wary of fake news and avoid creating such news, but,  to make  use digital technology for human progress and societal well-being.”
He expressed hope that the training would improve their performance in their respective offices.

“The communication gap which usually exist when government officials are not living within the same area is now addressed,  because you can summit memo through emails and receive response from the Executive Governor through email, he added.

How Can Nigeria Attain Universal Health Coverage in 2030?