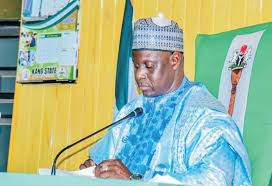 The Speaker in a letter titled ‘Notification of Resignation’ dated December 14th and addressed to the Clerk and Permanent Secretary announced his resignation.

He said his resignation was based on personal conviction.

The Speaker appreciated the support of all the members during his stay in the position.

Although the Majority Leader, in a one-paragraph letter addressed to the Clerk did not state the reason for his resignation.