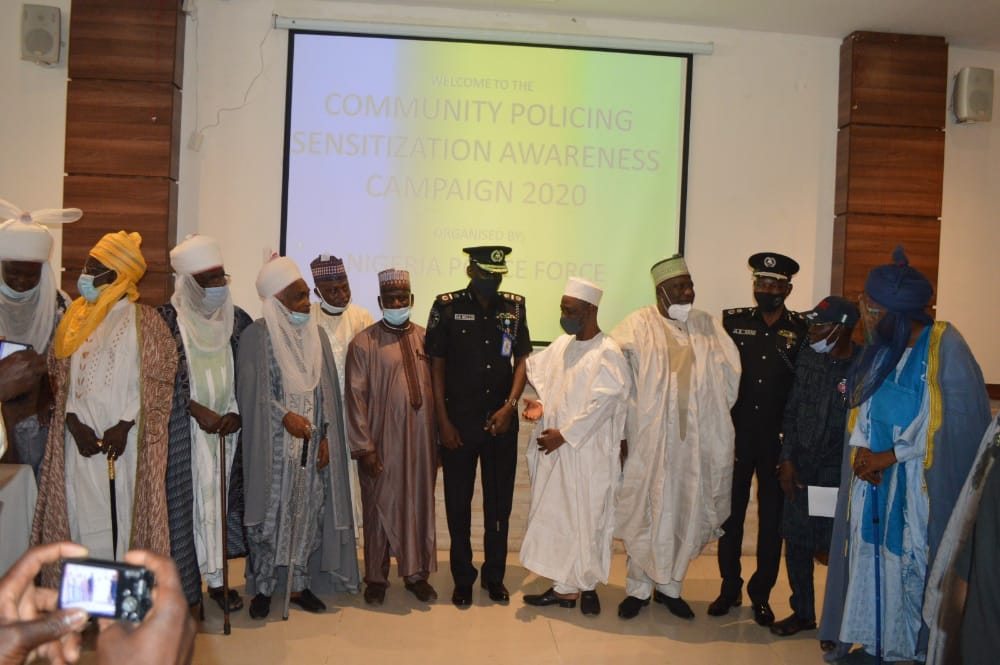 In his opening remark, the Commissioner of Police, Kano State Command CP Habu A. Sani, psc said the purpose of the workshop is to sensitize stakeholders of Community Policing for a more robust partnership to keeping the State safe and secure.

According to the CP, these formed committees work hand in hand with the already existing Police Community Relations Committees (PCRC) in the state. These partnerships between the Police and the Public were built from the grassroots. At all levels of policing the state, community policing is in the fore-front.

He added that the state government made remarkable contribution towards improving community policing on the command’s crime fighting efforts with the expansion of digital radio communications and installations of Closed-Circuit Television (CCTV) monitoring platforms and logistics.

“Based on the reports we have from various community policing stakeholders; members of the public appreciate the efforts of the Police in combating crimes and gained public trust and confidence in the State.

“With these community policing initiatives and engagements, the Command was supported by individuals, groups and corporate organizations with 12 new vehicles, refurbished 24, renovated 20 Buildings, furnished 27 offices, construct modern Gate at the Command’s Headquarters and the ongoing construction of Gymnasium at the Command’s Officers mess.”

‘With these supports, the Command recorded tremendous successes in the course of policing the state, adding that three thousand Five Hundred and Ninety-Two (3,592) suspects were arrested from 1st January, 2020 to date.”

11 Drums & 13 Jerry Cans of Suck and Die and 518 Cartons of other Different Intoxicating Drugs.

He announced an award dinner for the State Community Policing Stakeholders to show appreciation and satisfied with the level of their commitment, support, cooperation and outstanding contributions.

CP Sani thanked the Government of Kano State, the Assistant Inspector General of Police, Zone 1 Kano, security agencies, the good people of Kano State and the Community Policing stakeholders for the prayers, support, encouragement and cooperation. Saying, “We will continue to formally and informally partner with you as we remain resolute in our commitment to ensuring general security atmosphere prevails in the Kano State.”

In his remark, his Excellency DR Abdullahi Umar Ganduje, OFR (Kadimul-Islam) ably represented by the SSG, Alhaji Usman Alhaji appreciates the efforts of the Police in making Kano State peaceful. He said that Kano State Government will ensure total implementation of Community Policing in the State.

The State is ready to give all necessary supports required by the Police. He therefore, urged Traditional Rulers, Religious Leaders, Community Leaders and the good people of Kano State to cooperate with the Police in their effort to effectively secure the State.

The SSG prayed that Almighty Allah (SWT) continue to protect the State and the Nation in general against crimes and criminality.