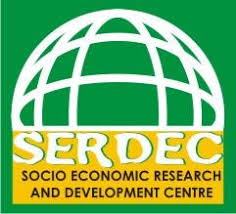 The Executive Director, SERDEC, Abdulkareem Tijani made the request in his preliminary report of the just concluded Kogi State Local Government Election.

Below is the full text of SERDEC report.

On Saturday, December 12, 2020, the Socio-Economic Research and Development Centre SERDEC mobilized and deployed citizen observers across the three senatorial zones of Kogi State to observe the Local Government Election. SERDEC team observed the entire Election Day process and called and sent messages to the WhatsApp tool – Information Center to report their observation findings at the end of the exercise.

Set-up and Opening of Polling Units:

SERDEC observers did not witness any accreditation and voting process within Lokoja, Ankpa and Ijumu LGAs. However surprisingly voting and result were declared at the local government secretariats.

Counting of Votes / Declaration of Results:

The supposed results for the LGA election were not visible to voters across the ward as election did not hold in most of wards across the state.

Critical incidents are high level electoral irregularities, whether intentional or inadvertent, that could undermine the integrity of local government election in Nigeria. The most frequently reported incidents are voter apathy and non-arrival of electoral materials at majority of the polling units across the ward level.

The conduct of elections provides the opportunity to draw lessons with the aim of improving future ones. At SERDEC, we recognize that no electoral process can be perfect, especially at the local level. However, as a growing democratic society, we should seek to make the conduct of our elections better than the previous ones.

It is important that as we seek to improve upon our electoral process at the local level, there should be improved communication between SIEC and other election stakeholders to enhance efficiency. We wish to call for a more effective synergy between SIEC and Security agencies. We call on all stakeholders to draw lessons from the just concluded LGA polls to demand for effective local government autonomy and independence of State Election Management Bodies (EMB).

SERDEC commends the security personnel for the professional conduct and steadfastness as it continues to ensure security of the polls and outcomes.

SERDEC calls for calm and urge parties, candidates and their supporters who may have misgivings or wishes to challenge the outcome of the election to seek redress through appropriate channels and not to take laws into their hands.

May God help us and let’s not give up on Nigeria. Pray for our leaders , those conducting the elections and the voters to change and do the right thing…