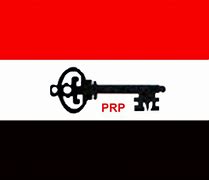 The Peoples Redemption Party (PRP), sends its condolences to the Management and Staff of Leadership Newspapers on the death of its founder and Chairman, Mr.Sam Nda Isaiah (KakakinNupe) as well as his aged mother, wife, children and friends that he has left behind.

PRP National Chairman, Falalu Bello (OFR) in a signed statement, Saturday, said “We note with great respect the impact Mr. Sam Nda Isaiah left in the media space through his writings in his column, Confidential Notes, at the beginning of the Daily Trust before setting up and nurturing his own papers in the Leadership Group.”

Over the years Sam has earned his keep as a deeply patriotic Nigerian with a keen objective of promoting the best of this nation and always articulating views that even if you do not agree, you will respect as well thought out, he added.

According to Bello, although, the Kakakin Nupe was of the APC, he nonetheless side notified with the progressive thinking and ideas of the PRP and ensured that his newspapers always widely publicized our activities and subsidized payments for some of its adverts. Adding that the last of Mr. Sam’s kind gesture to PRP was the obituary it put out for its Chairman, Board of Trustees, Alhaji Abudulkadir Balarabe Musa, CON when he passed on.

PRP mourns Mr. Isaiah’s death and pray that his soul finds eternal repose and wish the family a consoling closure.

Between Good and Bad Pastors: Separating Wheat from Chaff