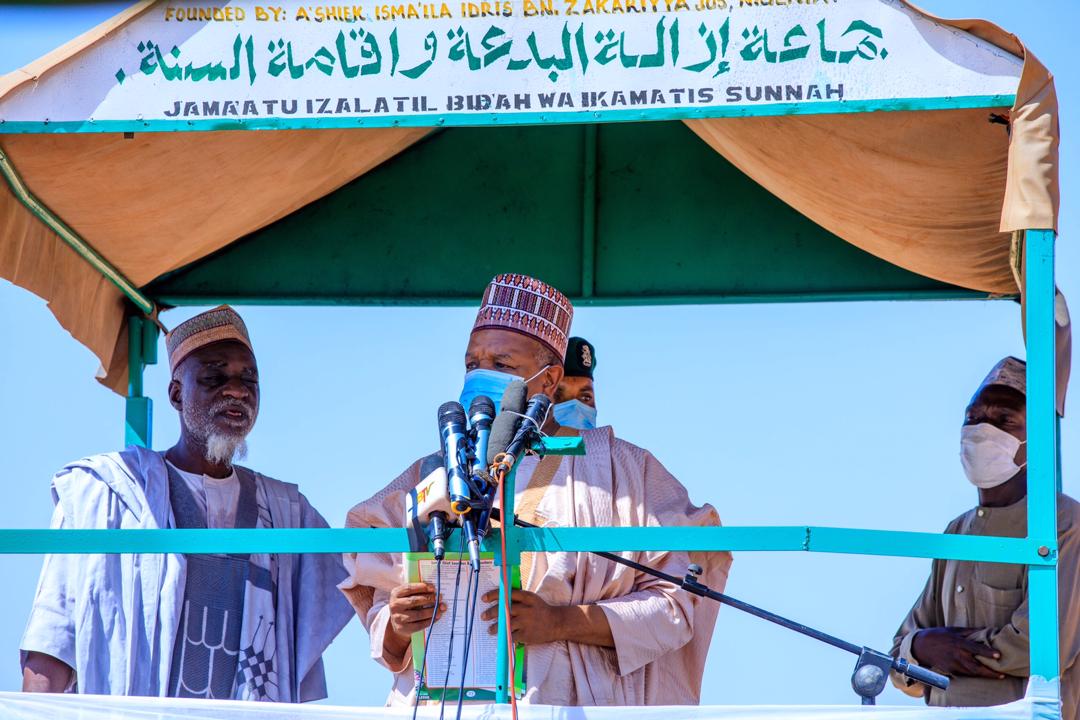 Kebbi State Government on Saturday, donated the sum of N250 million in aid of the construction of a College of Education by JIBWIS, in Jega Local Ggovernment Area of the state.

Governor Atiku Bagudu announced the gesture at the Appeal Fund Launching for the College, held at Jega.

Bagudu said the importance of education cannot in anyway be over stressed, as it formed the backbone of any development.

The Kebbi State Governor expressed delight that, the epoch-making event marked the take off of the College.

According to Bagudu, education sector required the support of all and sundry, saying, ” Its funding is a collective responsibility.”

He lamented that the North was lagging behind in the establishment of private tertiary institutions.

Bagudu also announced an anonymous personal donation to the college.

Also speaking, the former Governor of the state, Senator Muhammd Adamu Aliero said that, the establishment of the college in the area would shore up the educational development of the state and Nigeria, in general.

Aliero further solicited more support to the college, to help in its urgent take off.

The program, which attracted important dignitaries from all spheres of life, including the civil service, political, religious and the business class, started with an opening prayer by Professor Muhammad Wali and recitation of the Holy Quran by Mallam Nuraini Kamba, seeking Allah’s Blessings for the success of the event.

In his welcome remarks, the Chairman, Main Organizing Committee and Speaker, Kebbi State House of Assembly, Rt Hon. Ismaila AbdulMumin Kamba, after welcoming all, expressed the hope that, the endowment fund would successfully lead to the establishment of the JIBWIS College of Education in Jega, Kebbi State, for the betterment of Kebbi and Nigeria as a whole.

He appreciated the presence of Governor Abubakar Atiku Bagudu, Senator Muhammdu Adamu Aliero, top Government officials, private individuals and the leadership of JIBWIS, for coming up with the laudable initiative.

Sheikh AbdulRahman Isa Jega, Chairman, Council of Ulama, JIBWIS Kebbi State and Professor Sani Umar Musa, all stressed the importance of the establishment of the institution and value of education in societal progress.

The Islamic Scholar reminded people of the Prophetic saying that, “God is with those who support others to acquire knowledge.

Musa conveyed the appreciation and message of Sheikh Yahaya Jingir, the National Leader of JIBWIS.

While appreciating the personalities for their presence, he described their physical presence at the event as a demonstration of their support for the laudable project.

He added that, JIBWIS as an Islamic movement, has already set up schools ranging from Nursery to tertiary institutions in Yobe, Gombe, Bauchi, Zamfara, Nasarawa, Plateau and Kebbi, with two schools, to promote learning.

He announced that, all the other schools under the organisation have met all the requirements set by the relevant government authorities and the need for all to support the establishment of the Jega one.

This, he noted, was to meet the mandatory requirements in terms of registration, land and other necessary facilities needed for the construction of the school.

Prominent among those who donated to the success of the endowment fund were Senator Muhammdu Adamu Aliero, who donated 49 million naira with his associates and a pledged to carry out constituency project in the school, amounting to 250 million naira.

The Speaker Kebbi State House of Assembly, the Deputy Speaker and other members of the Assembly as well as other personalities made handsome contribution to the appeal fund.