Between Good and Bad Pastors: Separating Wheat from Chaff 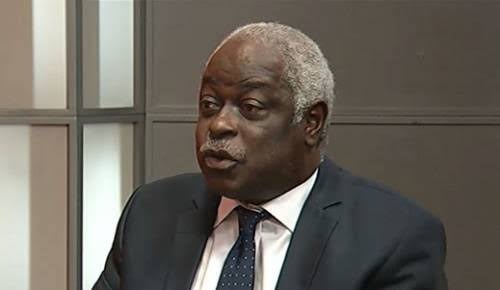 Meanwhile, an NGO has petitioned the Christian Association of Nigeria (CAN) and Central Bank of Nigeria (CBN) that;

“Pastor Chukwuemeka Ohanaemere Odumeje, General Overseer of Mountain of Holy Ghost Intervention in Onitsha, abuses Nigerian legal tender (CURRENCY) by spraying, spreading it on the floor and matching on it,”

As far as I am concerned Pastor Aribisala is a good pastor because he uses injunctions from the Holy Bible to preach. He blogs his sermons under the title; Articles of Faith published in Premiumtimesng, previously in Punch and now Vanguard newspapers on Sundays. His ministry is interactive because he encourages robust debate. You do not have to always agree with him.

For instance, on the issue of “First fruits” he argues;

“Jesus berated the mercenary religious leaders of biblical days. He told them: ‘It is written, my house shall be called a house of prayer,’ but you have made it a ‘den of thieves.’” (Matthew 21:13).

This word remains pertinent to pastors in the churches of today. They come up with all kinds of schemes designed to squeeze money out of their church-members. They search the scriptures, looking for quotable quotes that can be used to make merchandise of men.  Some of their favourites are those scriptures dealing with giving first-fruits to priests.

First-fruits were given to priests because they were not allowed to own landed-property in Israel. God said: “I am to be the only inheritance the priests have. You are to give them no possession in Israel; I will be their possession.” (Ezekiel 44:28-29).

However, the pastors of today are men of means and property owners. In no way whatsoever do they fit the bill of a people without inheritance who only have God as their possession. Indeed, some of today’s mega-pastors are multi-millionaires who drive around with bodyguards in a cortege of Jeeps and even fly around in private jets.”

The avalanche of negative and angry reaction to Aribisala in that write-up was predictable. He politely replied every one of those that disagreed with further exposition. Other controversial topics he has broached include; Daylight Robbery in the Churches, The Word of Paul is Not the Word of God 1 & 2, No Tithing in the New Testament Church and his latest intervention on Sunday, December 6, 2000 entitled; Witchcraft in the Church where in put it;

“Christians are simply scared of pastors. Many are required to worship them even more than God”

The context Aribisala defines witchcraft is;

“the process of manipulating people for selfish and ungodly purposes.” Adding; “It is also a manipulative device widely used in the churches by pastors to bring Christians under their control and, essentially, to empty their pockets.”

Expectedly, the internet is replete with rebuttals against like; The Bitterness of Femi Aribisala by Akin Ajose-Adeogun, Existential Fallacies by Douglas Anene and The Beginning of the End of Aribisala’s Fiction by Sunday Dare, then media aide to Bola Tinubu now an honorable minister of the federal republic. There is also Segun Adegbiji’s – Pastor Aribisala’s Misguided Missile on Pastor Adeboye which is a reply to the question; “Is Redeemed still a church or is it now a business concern?”

Interestingly, all those rejoinders are more of tirades and insults against Aribisala’s person than replies to any of the fundamental issues he often raises whether theological or political.

Pastor Odumeje on the other hand risks prosecution under Section 21 of the CBN Act on the abuse of the Naira currency note. If found guilty he is to pay a fine of N50,000 or sentenced to 6 months imprisonment or both!

Notice I did not label Pastor Odumeje as a bad pastor. I neither want to be “cursed” for traducing “a man of God” nor risk the Executive Governor of Abia, Okezie Ikpeazu to hold me in contempt.

Despite the fact that His Excellency did not find Odumeje’s recent episcopal visit to Government House, Umuahia palatable, the clergyman would not have arrived there without invitation by at least the suspended Chief of Staff, Anthony Agbazuere, who is the governor’s Man Friday. It is difficult to say what pissed off Ikpeazu more; the viral videos of the ministrations of Odumeje or the fact that the pastor was gyrating at the seat of government in Abia?

One thing is however obvious, Pastor Odumeje is a metaphor for Osita Osadebey’s 1985 hit highlife song “Osondi Owendi” – “Some people are smiling, while some people are frowning.”

Many have described Odumeje as a religious comedian of sorts, while others regard him as an entertainer that uses religion as a platform. He describes himself in his own words; “I’m not a preacher of love. I’m a fight; I’m the battle, I’m the liquid metal, I’m Indaboski Bahose!”

The Onitsha based pastor is no doubt a popular pastor that pivots his ministry on the ostentatious display of currency. While pastors are entitled to their earnings there is now the Company and Allied Matters Act (CAMA 2020)

What is the way forward away from the commercialization of religion as clearly exhibited by “Liquid metal” which Aribisala describes as a form of robbery?

It is in the increasing numbers of non stipendiary pastors ministering in our various churches. These are clergymen who are expected to have separate vocations and independent sources of income.

I am talking about “tent makers” with prior or existing cognate experience in either the private or public sectors. It is the only way the quality of pastoring can improve across the board.

For instance, Aribisala is the proprietor and Head Master of Nouveau Schools, a high brow educational institution where non violent Taekwando for mental and emotional training is part of the curriculum which was established with his wife, an award-winning novelist and professor of English at UniLag.

Aribisala also superintends Healing Wings – a pentecostal fellowship. Back in the day he built a nationwide video rental business known as Video Mars. After earning his doctorate at Cambridge, he rose to be a Senior Research Fellow at the Nigerian Institute for International Affairs. He has served as a special adviser to Prof. Bolaji Akinyemi, when the latter was minister for External Affairs under IBB.

I am not too sure of the bonafides of Pastor Odumeje.  Another thing is further obvious, for pastors pre – qualification experience matters. I am therefore not surprised the ceremonial head of the Anglican Communion worldwide, Archbishop of Canterbury, Justin Welby rose to the position of a director in a multinational oil company before even qualifying as a priest. There has to be a paradigm shift in pastoring across board.

How can a good pastor be distinguished from a bad one?