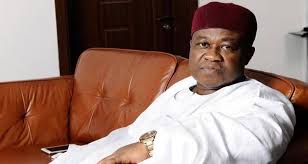 Mr. Sam Nda-Isaiah is dead. Reports first published by Daily Nigerian say Mr. Nda-Isaiah, who is publisher of Leadership newspapers, a trained pharmacist who made his name and fortunes in journalism has died Friday (12/12/2020) at the age of 58.

Although details of the death are still sketchy.

Born in 1962 in Minna, Niger State, Mr Nda-Isaiah, who held the traditional title of Kakaki Nupe, acquired a B.Sc. degree in Pharmacy at Obafemi Awolowo University.