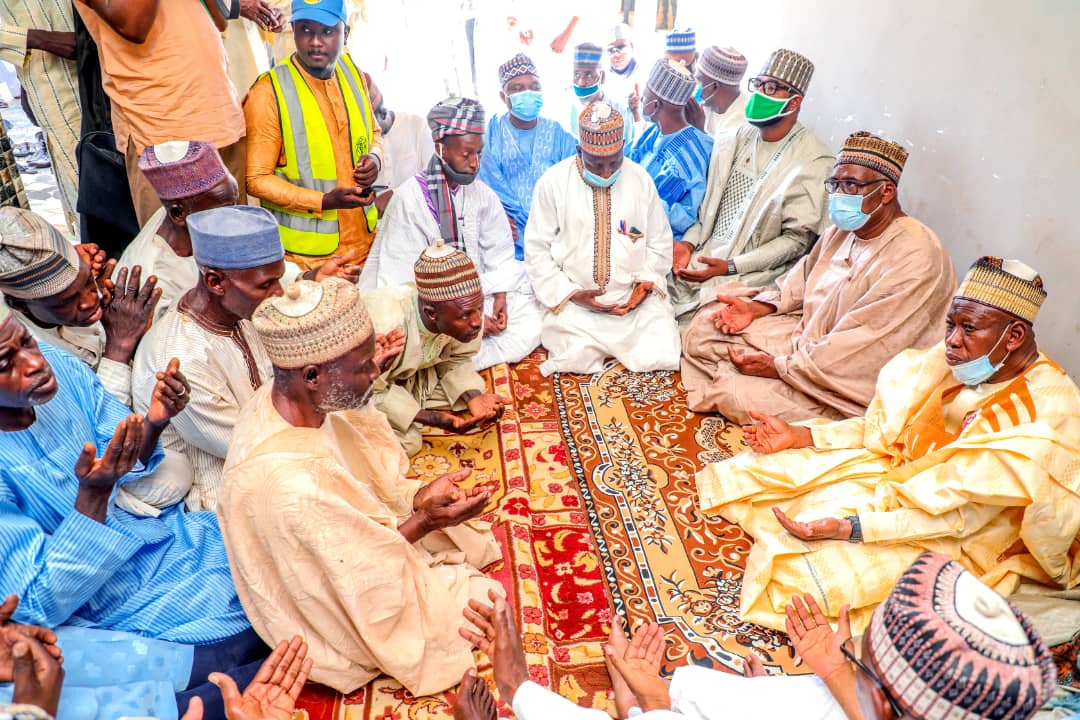 Governor Abdullahi Umar Ganduje of Kano state has visited families of the 16 victims who were involved in auto crash and died along Kaduna-Abuja expressway, in Dambatta town of Dambatta local government, Saturday.

Chief Press Secretary to the Governor of Kano State, Abba Anwar in a signed statement said the families the victims from different locations of Dambatta gathered in one place in Dambatta town and the governor condoled with them, amid grief and in a sorry state.

“When we got the information of the accident that involved 16 people from Dambatta local government and another one from Kura local government, as we have just learnt, we were shocked by the tragedy,” he said.

Abba said the Ganduje reminded all the families, “…and all of us…” he said, should bear in mind that the tragedy was from Almighty Allah, advising that, “…what is left for us is to continue praying for them.

“Sulaiman Muhammad, who represented others, commended the governor for the kind gesture and his concern. “We are happy that the governor is here with us,” he said.

Wada Shehu, who represented the District Head of Dambatta, appreciated the gesture and good feeling of the governor for his people over the incident.

Governor Ganduje visited the town with some of his Commissioners, party leaders and elders, Advisers, Heads of Agencies and many other government functionaries.