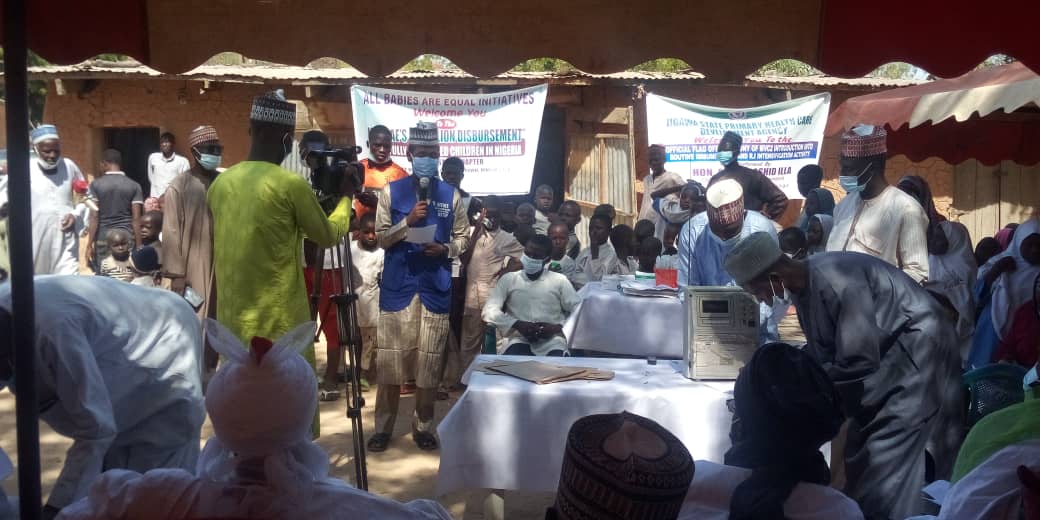 Jigawa state government has flagged off the second round of measles vaccination exercise targeted to reached over one million children across the state.

Speaking at the flagging off ceremony held at Chaichai village in Ringim local government of the state, the Executive Secretary, Primary Healthcare Board, Dr Kabiru Ibrahim, said, the exercise is aimed at boosting the immunity of the children who were vaccinated in the past as well as those missed.

He explained that, initially the immunization was given to children from nine month below but this time children of 15-month-old are the main targets.

“Recently series of missals cases were reported to hospital and many of the infected children were vaccinated against the disease, going by this development, the world health organization gave the go ahead for re-immunizing the children to argument their immunity against the dreadful disease (Measles).

Dr Kabiru also revealed that, the vaccine is presently available at all local facilities across 12,600 communities in the state.

In his speech, the state Director, Primary Healthcare, Dr Sambo Shehu urged parents to take their children to any nearest health facilities for receiving the vaccine, warning them that any failure to do so Almighty God would hold them accountable in the hereafter.

He added that, the primary healthcare board has concluded all necessary arrangements including mobilization of health workers who would conduct the exercise