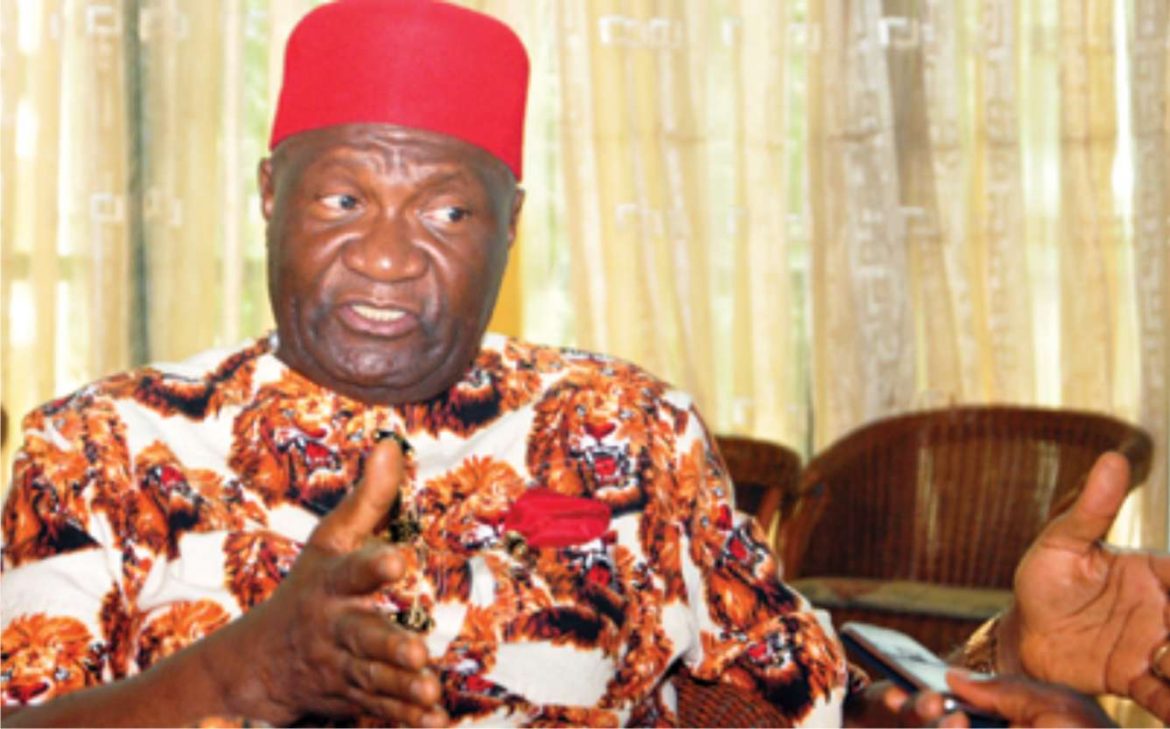 The President General of Ohanaeze Ndigbo, Chief John Nnia Nwodo, has frowned at the incendiary, unsubstantiated and provocative statement credited to the leader of the Northern Elders Forum (NEF), Prof. Ango Abdullahi, alleging that most violent acts against the northerners are perpetrated by the Igbo.

This was contained in a statement signed by the Special Adviser, Media and Publicity to President General, Ohanaze Indigbo, Chief Emeka Attamah.

Reacting to this dangerous gaff by a man who by learning, experience and exposure should know better, Chief Nwodo said that the unprovoked outburst by Prof Abdullahi was capable of setting the country ablaze.

The President General in a release by his Media Adviser, Chief Emeka Attamah, wondered where and when the Igbo could have killed their northern brothers when there has never been any case of mayhem and killings against the north in any Igbo-speaking state.

He challenged Prof Abdullahi to make public facts to substantiate his wild and malicious claim, unless it was intended to set up the Igbo for another round of killings in the north, adding that with the statement, the Igbo in the north are not safe.

Chief Nwodo regretted that the Igbo, apart from innumerable dead ones, have lost property valued at trillions of naira during such senseless attacks in the north, yet they are the catalysts of development and the unifying cord that holds Nigeria together.

The President General told the Northern Elders Forum to exhibit greater caution and wisdom in addressing sensitive national issues like this, rather than stoke further the fire of ethnic violence by making such unguarded, unsubstantiated, garrulous and vitriolic claims capable of igniting fire and breakdown of law and order that could consume the country.

He reminded them that knowing that Nigeria is now a tinderbox, especially with the heightened frayed nerves arising from the unfortunate mismanagement of the fabric of the nation, caution should be the watchword.

Chief Nwodo further reminded Prof Abdullahi that at the twilight of his life, he should espouse salutary views that should bind and heal the wounds of the country so that he will leave behind a better and united Nigeria.

The President General called on the Federal Government to call NEF to order and make them rescind their inflammatory statement to avoid the possible mayhem and confusion it could cause in the country.